The night before the three mile race, Pam Morrell Administrator of Wexford House, a DePaul Senior Living Community in Denver, North Carolina had difficulty falling asleep. On Saturday, October 17, she eagerly awoke with great hope for the 2015 Komen North Central Alabama Race for the Cure, an event which raises awareness and funds for the fight against breast cancer, celebrates breast cancer survivorship and honors those who have lost the battle with the disease.

A breast cancer survivor herself, Morrell lost her mother on November 13, 2010 to the disease. 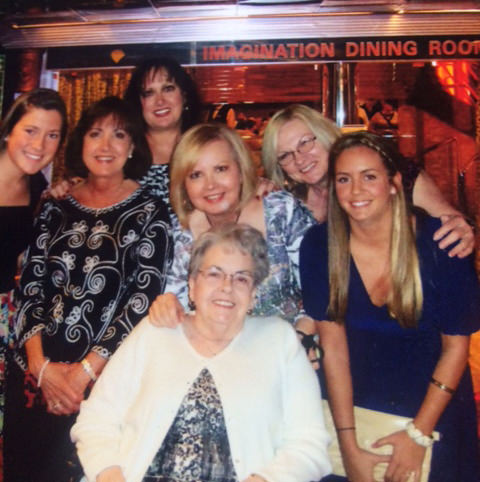 “I never felt sorry for myself and I never cried because of my diagnosis,” she said. “As I was waiting to go into surgery, I felt lonely and frightened. I was experiencing what my mother had experienced twice before. I cried for her because now I knew her loneliness and fear. I also cried because I needed my mother…but she was with me. I could feel her and smell her fragrance.”

Morrell has been cancer free for four years. She along with her husband Rick, her sisters Beverly Seeley and Dianne Tucker, and her niece Madeline Marie Seeley, aka MiMi, participated in the Race for the Cure in Birmingham, Alabama. In memory of Morrell’s mother Madeline Underwood, she and her sisters wore their mother’s name. Morrell’s husband Rick and her niece MiMi Seeley, wore Morrell’s name in honor of her as a breast cancer survivor. 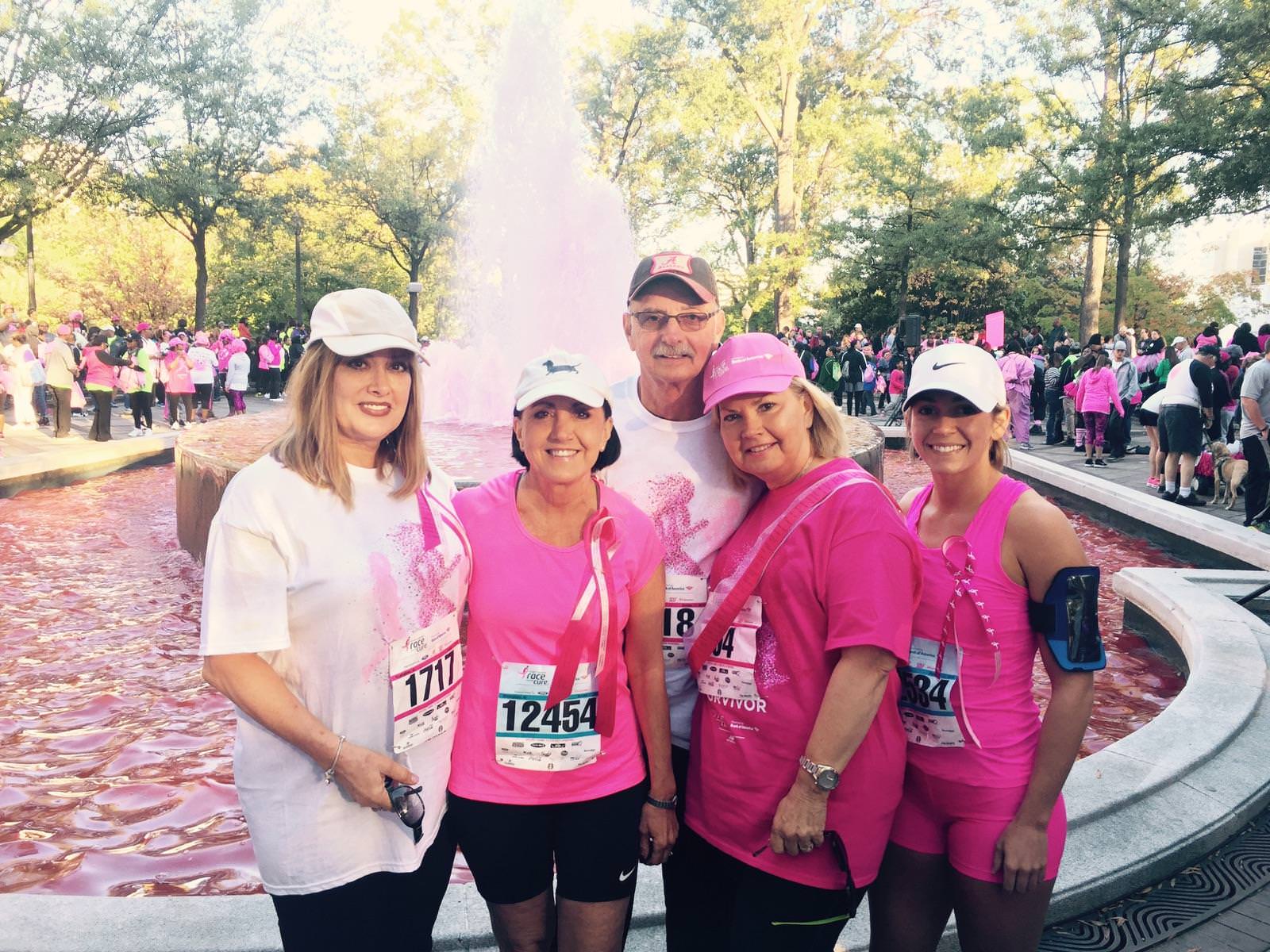 Morrell, second from right, with her husband, sisters and niece

As over 9,000 children, teenagers and adults of all ages joined together in Linn Park, Morell donned the bright pink shirt given specifically to breast cancer survivors. Suddenly she felt different.

“I had never acknowledged my breast cancer to many people,” she said. “I don’t like to think about it talk about it, however at that moment I felt liberated, as if I had something to be proud of.”

When a young participant came up to Morrell and congratulated her, she thought, “for what?”

“Then I realized I was being congratulated for being a survivor; a special honor,” she said.

Morrell was among over 1,000 participants in the “Survivors Parade,” folks celebrating anywhere from 1 to 35-plus years of being cancer-free.

“Each side of the street was lined with well wishes to cheer us on, waving to us, shouting congratulations,” she said. “I smiled and waved back as if I were a queen. At that moment, my new sisters and I were beautiful and indeed royalty.”

Next up was the race. As Morrell lined up at the starting line with her husband, sisters and niece, she got a surge of energy.

“As I looked to the sky, I began to cry for my mother, wishing she could be there with me,” she said. “As tears ran down my face, I blew kisses to her in heaven hoping she could feel them on her cheek and be proud of me.”

Morrell said it is no longer difficult for her to share her story of survival because she wants others to know they are not alone.

“I am now have more compassion for others who are suffering,” she said. “I want to be an encourager and a fighter for those who need someone on their side. I am basically a shy person, but I find now that I reach out to others without hesitation.”

Throughout the walk, Morrell prayed for healing, strength and blessings of others.
“Although it took me almost 50 minutes to the finish the race, I was a winner,” she said. “Not because I walked three miles but because I did something that liberated me and helped to raise money to help those fighting breast cancer now and in the future.”