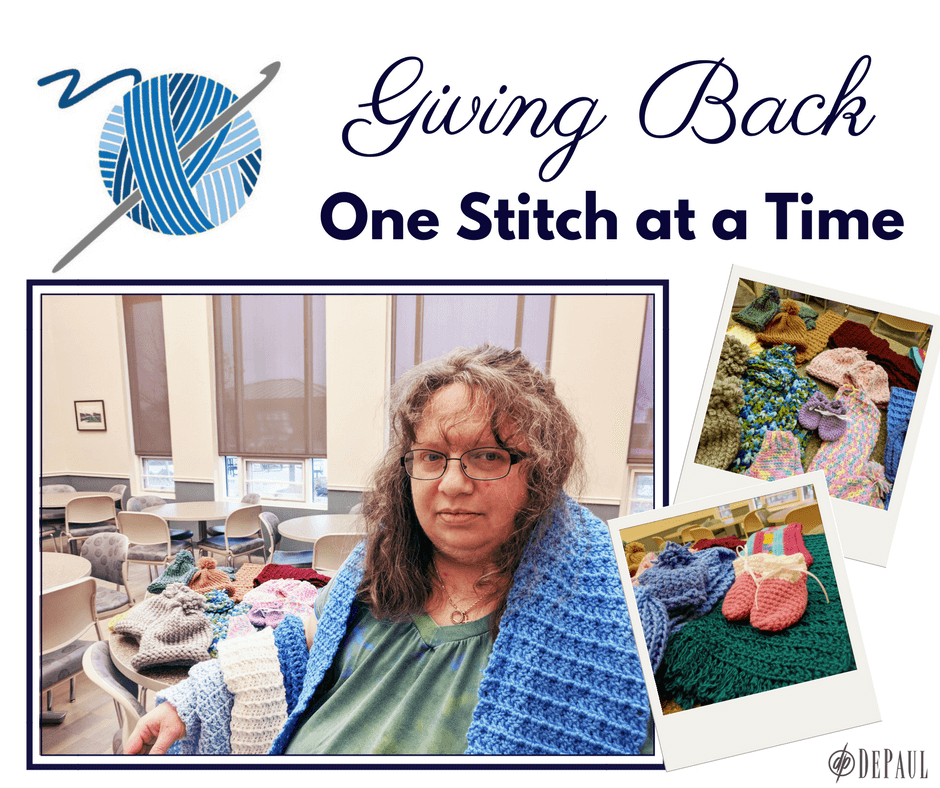 Members of the craft club at DePaul’s Trolley Station Apartments in Canandaigua, New York are giving back to their community one stitch at a time.

It started last summer as a crochet circle with resident Melissa B. helping teach her neighbors a new skill. 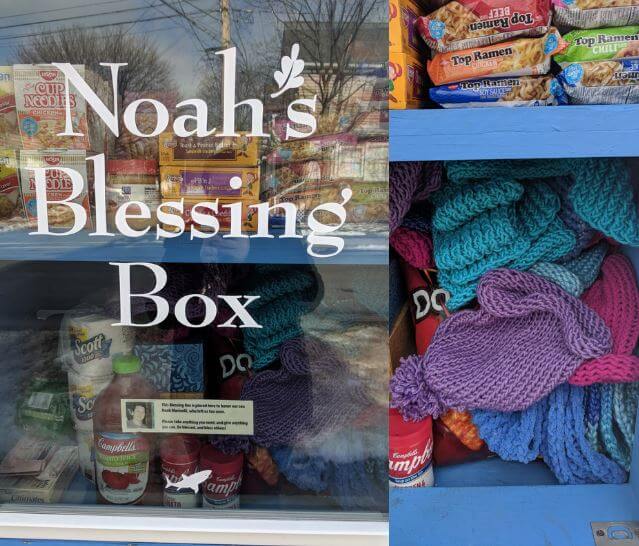 The Craft Club donated to Noah’s Blessing Box, run by a local family who lost their son to opioid addiction located outside of Canandaigua.

The Trolley Station Craft Club, which meets on Saturdays to make crafts and watch old movies, has donated three large boxes of hats, scarves and gloves to the Golisano Children’s Hospital, as well as to the Salvation Army and the Canandaigua VA Medical Center. On Valentine’s Day, the group dropped off hats and scarves to Noah’s Blessing Box, a blessing box run by a local family who lost their son to opioid addiction located outside of Canandaigua. The box is open for anyone to donate food and other needed items, as well as for anyone to take from.

“It gives our residents an outlet for something creative,” said Housing Specialist Melissa Dymond. “It was empowering for our residents to donate their homemade goodies.”

Dymond said Melissa B. has been integral in making the donation possible. Melissa discovered her creative abilities at an early age. In addition to crocheting, which helps keep her mind and hands occupied, she also makes earrings, some of which she’s sold! She thought a craft club at Trolley Station would be a good way to get people together to encourage one another.

“I thought the idea to donate hats and scarves was a good one,” she said. “I had no use for keeping anything. I was glad to help. It makes me feel good to know folks are warm because of my crafts.”