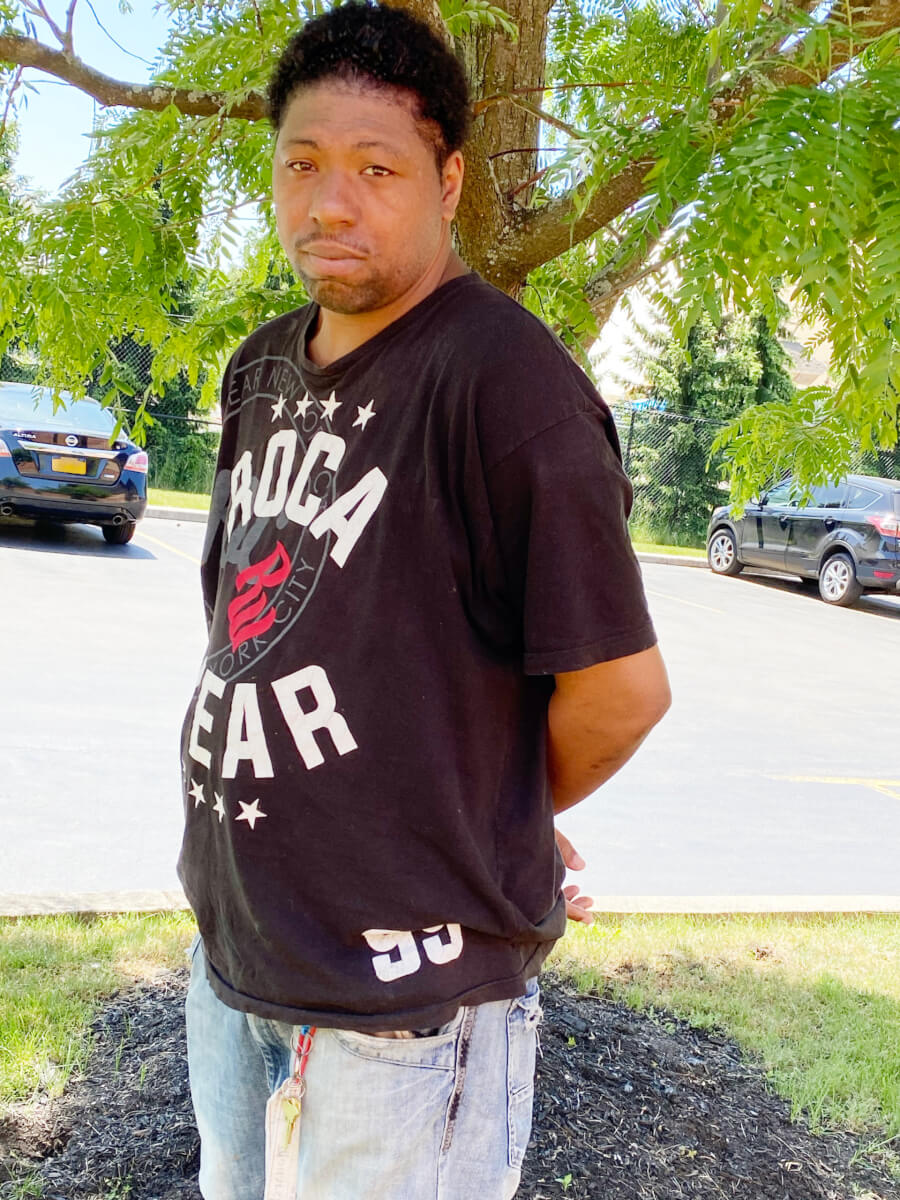 Kirk B., 38 and a resident of Edgerton Square in Rochester, New York, has never asked for a lighter burden but instead sought broader shoulders on which to carry his load. Born in Harlem, he was raised there by his beloved, church-going grandmother following his mother’s passing when he was four. Growing up in the City was not always easy. The area where he lived was lacking in opportunity and often filled with violence, drugs and negative influences. Kirk took refuge in basketball and has many childhood memories of a game at which he excelled, that took him to “another place” and kept him out of trouble. He also enjoyed singing in the Children’s Aid Society Choir.

At 15, seeking a quieter environment, he made his way to Rochester to live with a relative. There he attended high school, eventually returning to Harlem where he once again encountered negative influences. Kirk came back to Rochester for an employment opportunity working security.

Following the passing of his grandmother, Kirk lost his family support system and felt utterly alone. His subsequent journey found him grappling with emptiness, depression, unstable housing, and eventual homelessness. Ever the survivor, he righted himself and found stable employment in environmental services. He also volunteered coaching kids in recreational basketball, an experience he truly enjoyed. “It’s not so much about the game but about being a big brother,” he said, “helping kids understand what it means to be a man.”

At his core, Kirk is a peaceful soul who desires to live a quiet life, the result of seeing things that most cannot imagine.

Always striving to persevere, Kirk found his life upended, when at his last residence, he became a victim of violence and was left with no personal supports to recover from a stabbing by a roommate.

Following his operation and recovery in the hospital, Kirk arrived at DePaul Hopelink at Shelter Cove, where he had additional time to heal, enjoy “really good food” – his favorite being baked chicken, collard greens, and cabbage – and determinea new and safe path forward. He moved on to become a resident at DePaul Edgerton Square.

“I have hope now,” he said. “I really didn’t know when I was laying on the ground if I was going to die. This is the push I needed to get better. It’s very nice here. There’s support. There is even a laundry room and a basketball court. I was really lost and I needed a new team. I have one now, and it’s making me work harder.”

Kirk was always committed to “change his path in life.” Though his journey has had hills and valleys, Kirk states he’s “comfortable getting where I need to be.” That includes goals of achieving greater independence and a job where he can expand upon his skills.

“I’ve been through depression and grief,” he said. “I know what it’s like to have no family at all. Now, I’m less stressed, more comfortable. I eat healthy. It’s safe here, people are nice, and I’m around positive energy. It’s changed my life.”

Kirk B.’s continued journey toward success and happiness, despite the odds, is truly a lesson in bravery.