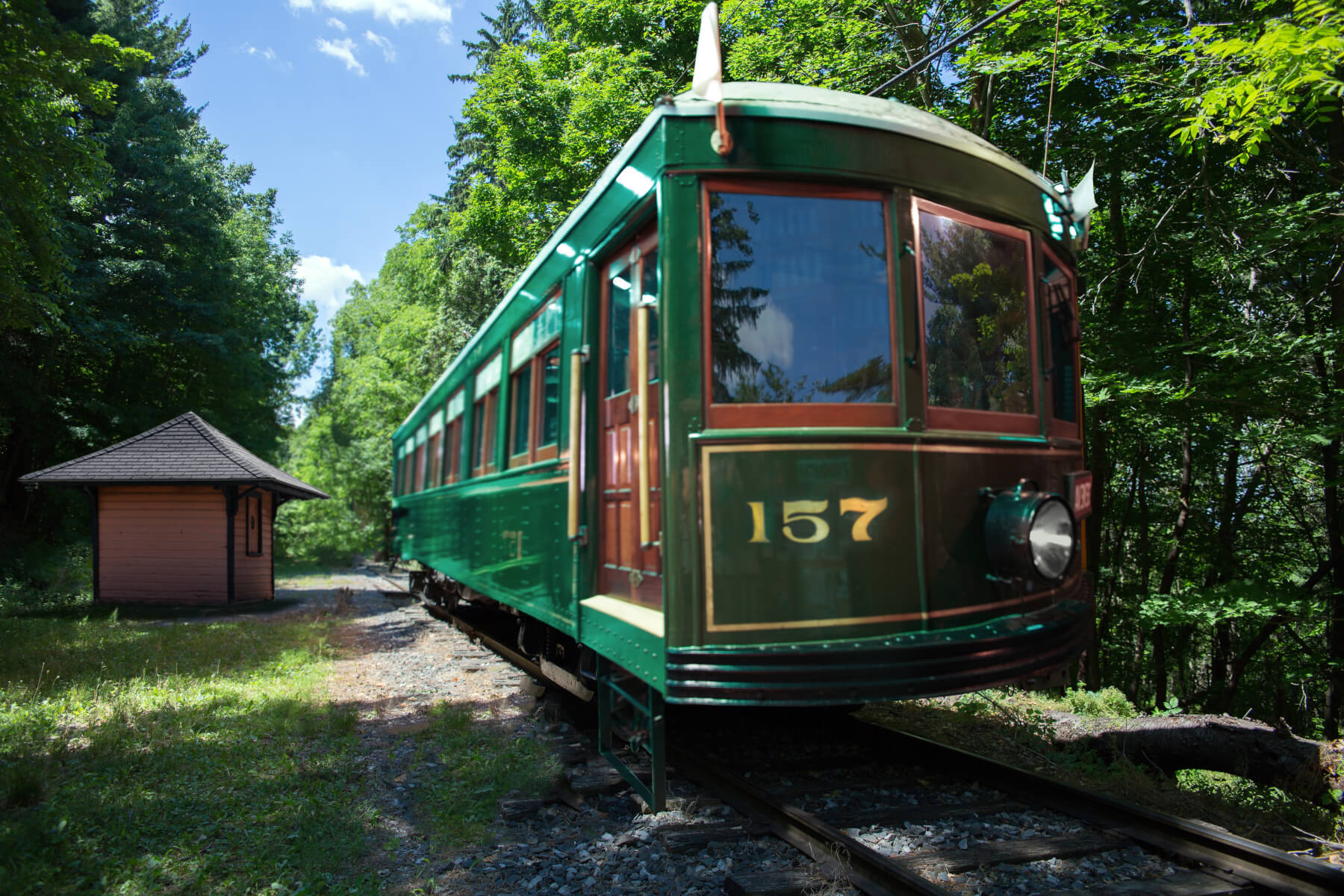 As it pulls into the station, the sunlight glints off trolley car No. 157. A rich olive green adorned with gold lettering numbers and striping, and varnished mahogany-framed opal glass panes, the car appears in all its glory in a composite image created by photographer Janet Cruz and graphic artist Benson Pearson which serves as one of the pieces of art at DePaul’s Trolley Station Apartments, a 48-unit community in Canandaigua, New York which opened in September.

“The name Trolley Station pays homage to the site’s former use as a stop on a trolley line designed  to transport employees to a large orphanage built in Canandaigua to serve children displaced or orphaned after the Civil War,”  said Vice President of DePaul Properties Inc. Gillian Conde, “but the addition of the image of the trolley that actually rode on the line in Canandaigua adds a deep, local historical connection to the Trolley Station community.”

“To bring the trolley outside again, placing it at an actual stop original to the area, makes it an exciting piece which is important for both DePaul and the New York Transportation Museum which has painstakingly restored the trolley and recognizes its importance to our area’s history,” she said. Janet and Benson have done an outstanding job on so many levels combining powerful images and using computer artistry to capture this important story.” 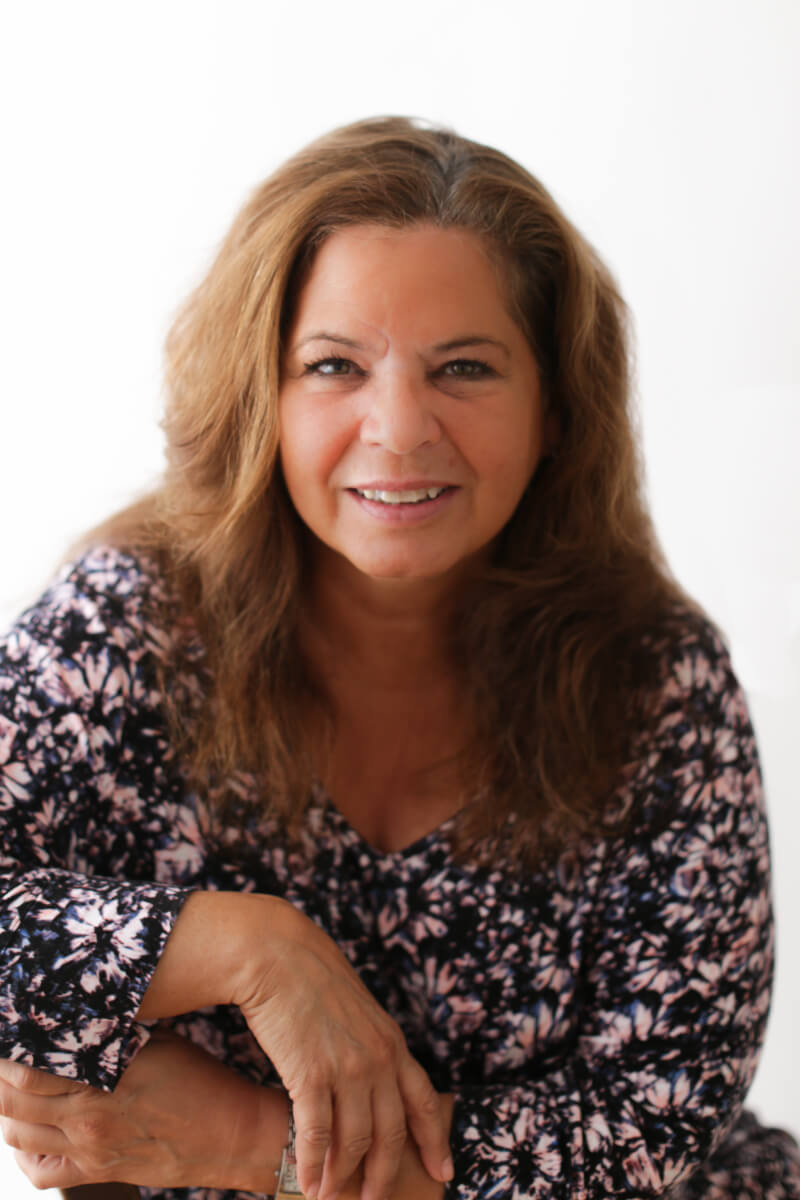 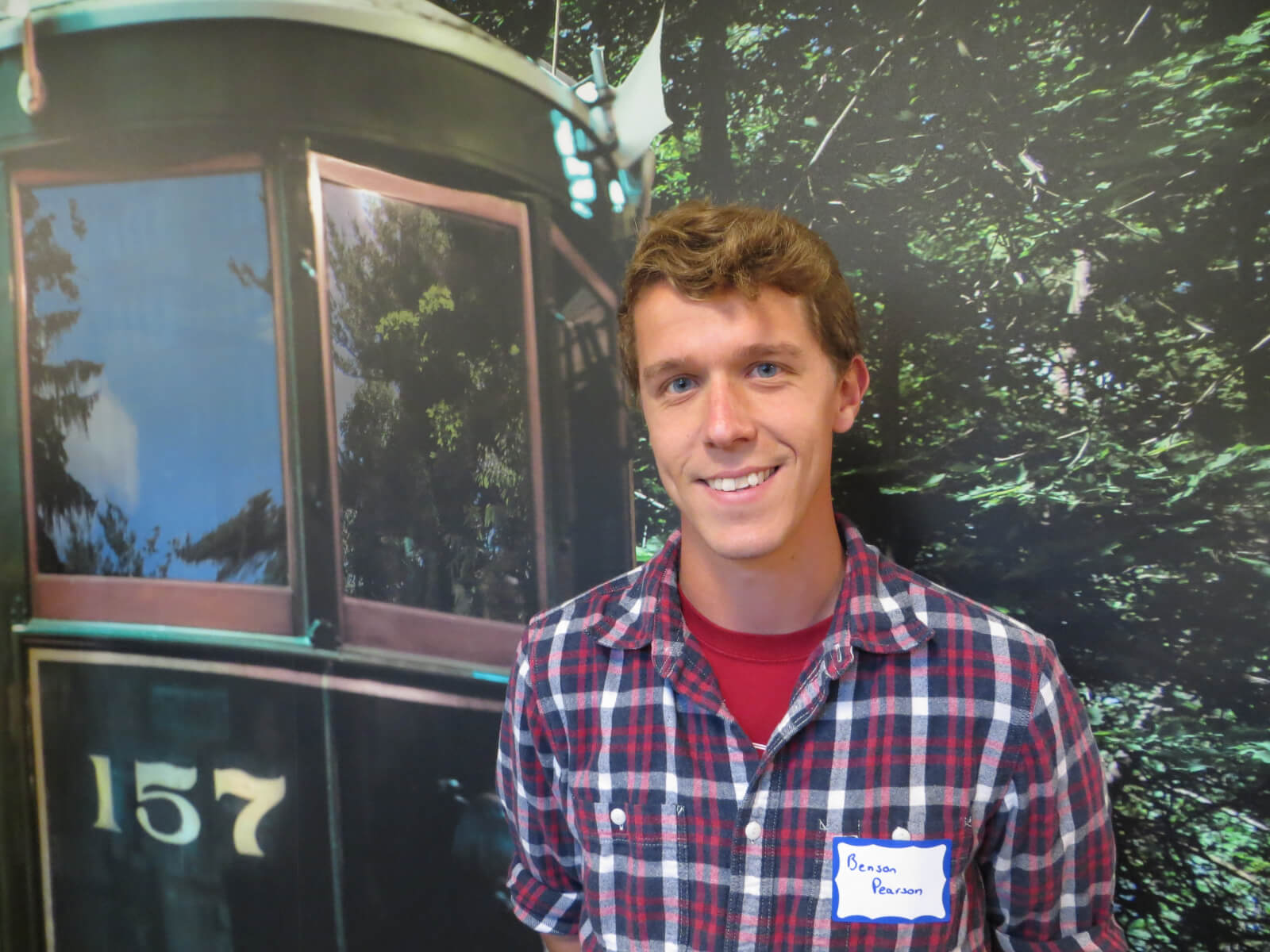 In the process of creating the artwork, Cruz uncovered a lot of history about car No. 157 and the Rochester & Eastern Rapid Railway, a high-speed, electric, interurban trolley line which carried passengers from Rochester to Geneva, New York from 1901 until 1930.

“I’ve met a lot of great people and learned a lot about trolleys being involved with this art project,” said Cruz. “I’m really proud and excited to have my work on display at DePaul’s Trolley Station Apartments.” 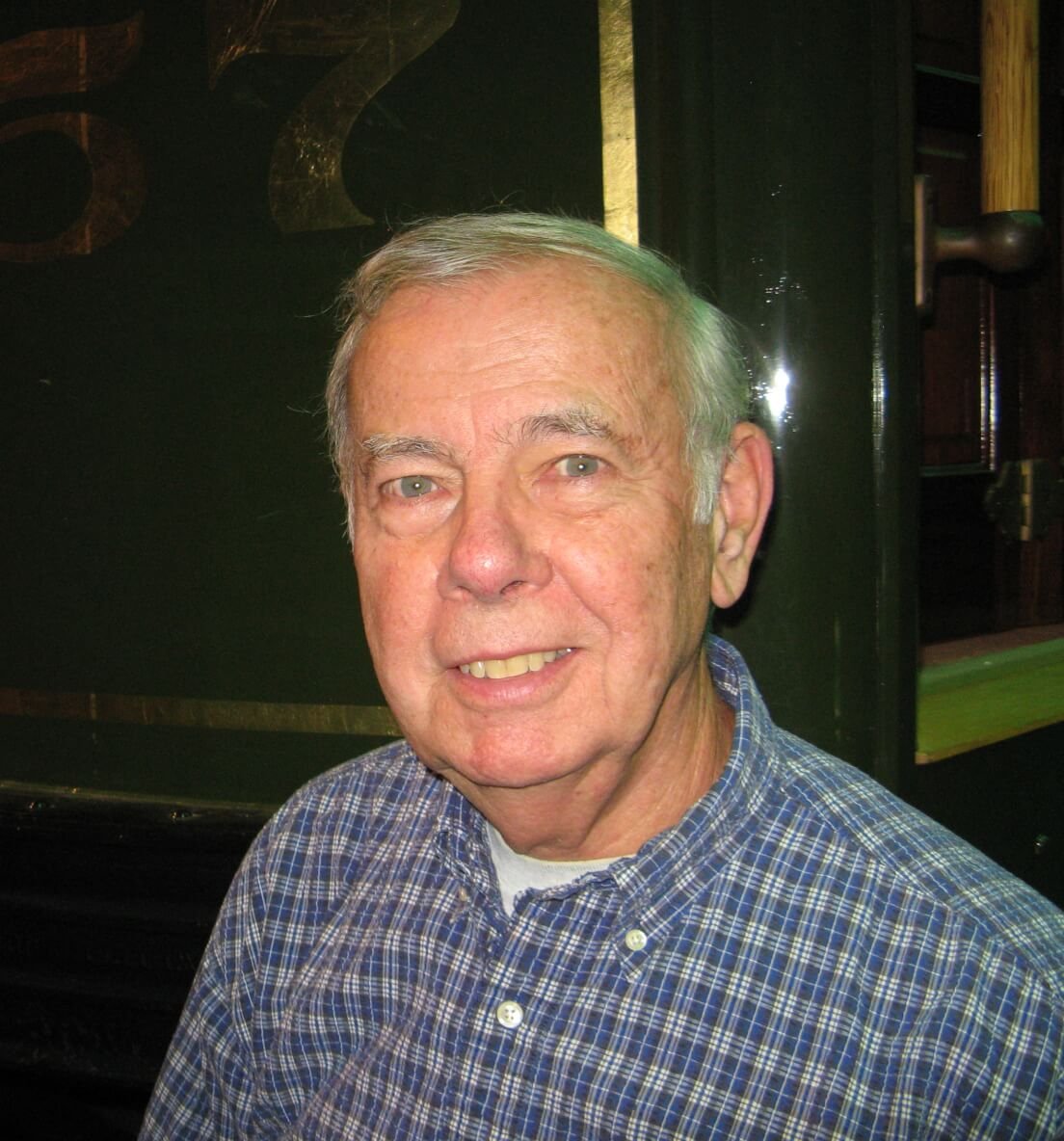 The Rochester & Eastern trolley line ran down Main Street in Canandaigua, New York, stopping at the corner of Niagara Street, according to Jim Dierks, Secretary of the New York Museum of Transportation Board. From there, it would head out through the countryside to Geneva, New York.

Trolley Car No. 157 still remains to tell the tale of a bygone era. It is housed in the New York Museum of Transportation in Rush, New York, along with a station near Canandaigua where folks would stand to wait for the train, said Dierks.

“At night, if you wanted to flag the train down, there was a bundle of newspapers inside the station. You could light a newspaper on fire like a torch to signal the motorman to stop for you,” he said.

New York State Railways abandoned the Rochester & Eastern line in July of 1930. Car No. 157 was then purchased and moved to Stony Point on the east side of Irondequoit Bay where it was used as an addition on a lakeside cottage.

Pearson, a graphic artist who helped Cruz create the composite image, said creating the illusion that the trolley was outdoors, in its natural setting, was a challenge.

“The trolley could not be moved from inside its current location in the museum, so we had to change the lighting and reflections to match the environment we were trying to put it into,” said Pearson.

Conde said the historic imagery of car No. 157 adds a powerful statement to a beautiful building.

“Our design partner SWBR does an outstanding job creating interior space that is physically bright and attractive that also flows and supports tenants, guests and community,” said Conde. “We provide needed, beautiful, quality housing to be proud of while recognizing the local community of which we are a part. We believe it brings depth to our building to incorporate local history into our designs.”