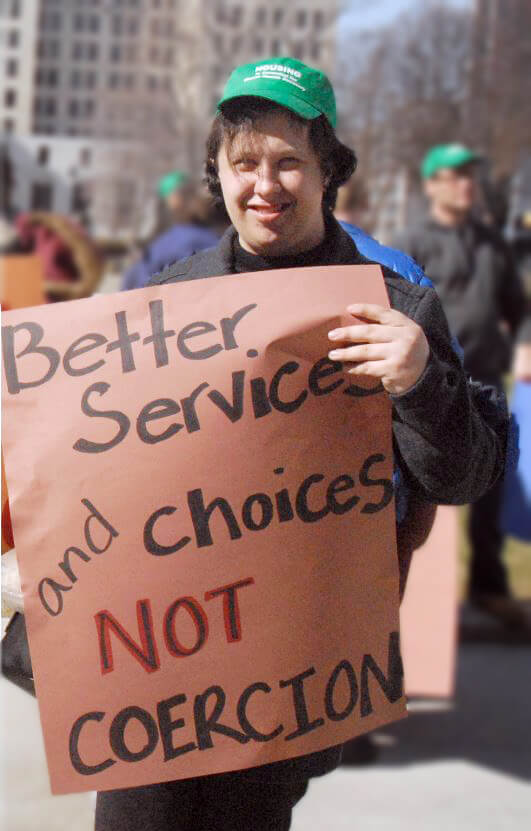 Attendees were briefed on critical legislative initiatives impacting mental health policies. Following a rally and march on the capital, participants were able to meet with legislators.

“That was very moving,” said Paul E. said of participating in the rally. “We marched to the capital and some people were carrying signs.”

DePaul’s clients spoke out in favor of Governor Andrew Cuomo’s push for an increase in supported housing beds. Deb B. of DePaul’s Carriage Factory Apartments said she felt advocating for increased subsidized housing was important because it has had a positive impact on her life.

“They’re giving me the support I need at Carriage Factory Apartments,” she added.