DePaul staff and residents have spent the past few months attending rallies, writing letters and lobbying for an increase in funding in the New York State 2019-2020 budget for mental health residential programming as well as a pay increase for those working in the industry.

Sending a Message to Albany

DePaul’s Recreation Program joined a convoy from Rochester to Albany for the New York State Association of Psychiatric Rehabilitation Services (NYAPRS)’s 22nd Annual Legislative Day in late-February. Among the goals of the legislative day was to advocate for increased funding for mental health residential programming and a cost of living increase for those individuals working in the human services sector. After being apprised on the NYAPRS’ 2019-2020 public policy priorities, DePaul clients joined others for a rally on the Capitol, followed by an opportunity to meet with state legislators. 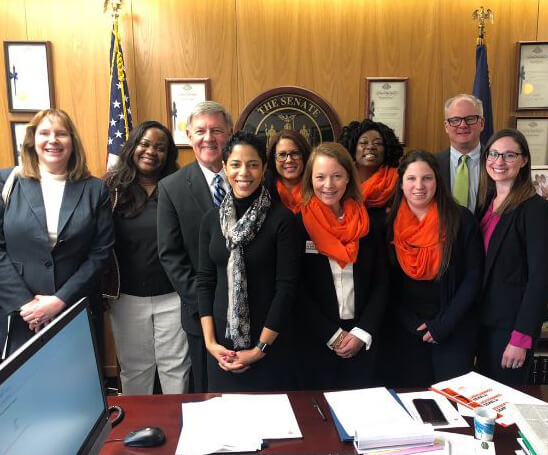 “We explained the real-life implications of underfunding these programs on our agency’s ability to meet the increasing need for supportive housing across the state, both in terms of running current programs and developing new projects,” said Tolhurst.

While the coming year’s budget may not include all of the funding increases and other measures which NYSAPRS and DePaul staff and clients had hoped it would, Tolhurst said the testimonies of DePaul’s residents make a big difference.

“Their stories coupled with our laying out the financial need make an effective two-pronged approach,” said Tolhurst.

Lawmakers agreed to a 4.6 percent increase in funding for Supported Housing in the Western New York Region in addition to a small cost of living adjustment for direct care staff in the 2018-2019 budget.

DePaul staff members also did their part to make their voices heard by participating in rallies and writing letters to their state representatives as part of the Association for Community Living’s ‘Bring it Home’ campaign which advocated for an increase funding for mental health residential programs.

“The importance of DePaul’s participation in these events is essential as the tiny cost of living allowances we have been receiving over the years don’t even come close to the rate of inflation,” said DePaul Vice President Chris Syracuse. “We are committed to paying competitive salaries and being able to retain good, competent staff and to meet the needs of our residents. This is becoming more and more difficult with the lack of funding we receive to operate our programs.”

A mother of two and “nana” of two, Trish was first diagnosed in 2012 with bipolar disorder, depression, anxiety, chronic post-traumatic stress disorder and borderline personality disorder. 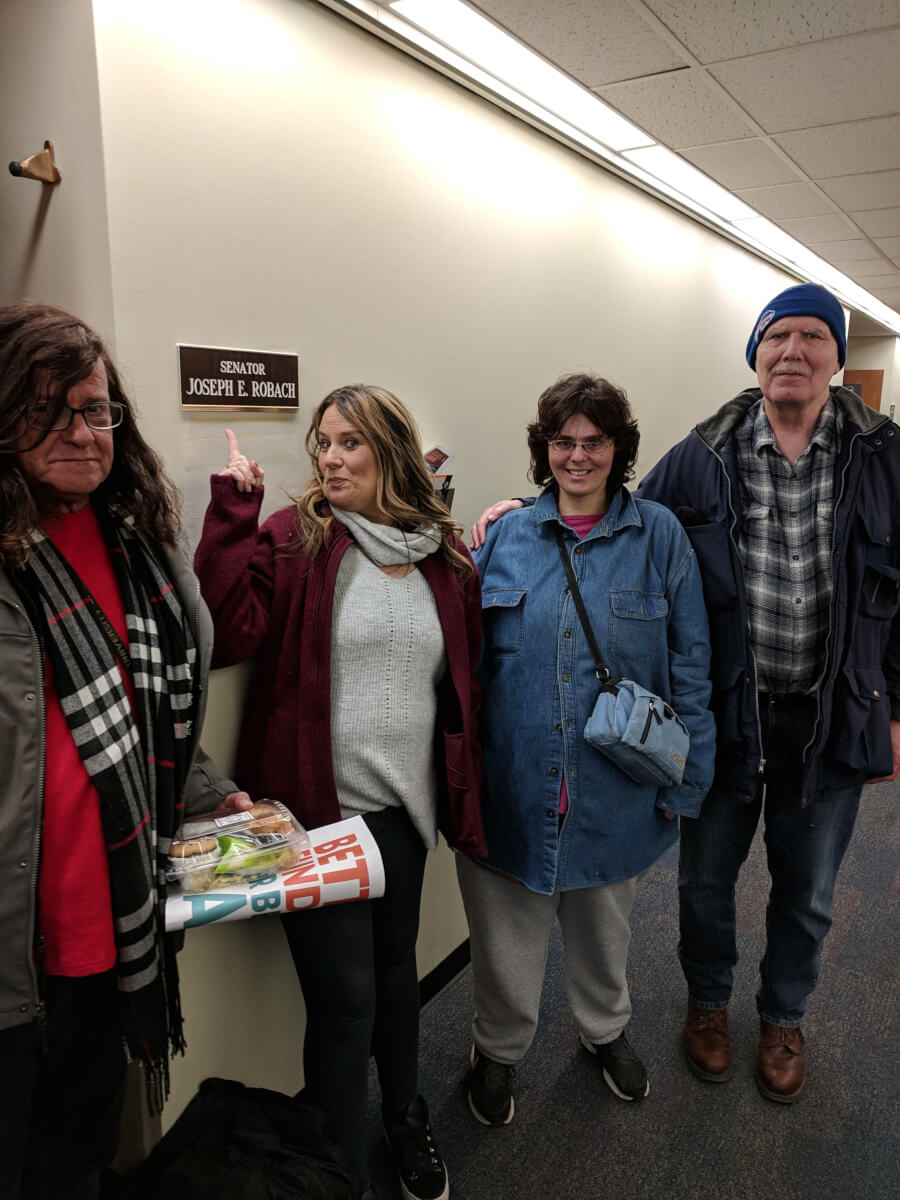 “I denied there was anything wrong for so long because there’s such a stigma attached to it,” she said.

For many years, Trish felt like she did not fit in and had difficulty learning. She fell into abusive relationships, eventually turning to drugs to cope.

“What’s hard for me is that people judge me by my looks,” she said. “Just because I do my hair and put on makeup doesn’t mean I’m okay. I do it to hide how I’m really feeling. I’ve been doing it my whole life. It’s a cover-up.”

Trish moved into DePaul’s Rochester View Apartments (RVA) in Henrietta in 2015. She lived in a treatment apartment for three years before an affordable, supportive apartment became available at RVA. She has been going to Albany to advocate for increased funding for supportive housing and pay increases for direct care workers for the past four years.

“I’ve seen too many friends unable to afford a stable apartment who have died by suicide, become homeless or ended up in the hospital,” she said. “It’s a vicious cycle. It’s not cost effective.”

She also sees the direct impact of insufficient wages in the health services industry.

Celebrating four years of sobriety on April 27, 2019, Trish knows the importance of having to advocate for herself. She is highly involved in maintaining the keys to her success in recovery including participating in Adult Career Continuing Education Services – Vocational Rehabilitation, Strong Ties, the Academy of Peer Services and DePaul’s Personalized Recovery Oriented Services. She credits her stable living environment, therapy dog Lela, her therapist and dialectical behavior therapy, which tries to identify and change negative thinking patterns and pushes for helping her sustain positive behavioral changes.

“I love being by myself. I love being single. I love not having someone hurt me,” she said. “This stuff is mine and I have worked hard for everything I have here. I’m tired of starting over and I know now I don’t have to start over.”