New York State enacted the Marijuana Regulation and Taxation Act (MRTA) at the end of March 2021, legalizing and regulating the use and possession of cannabis for adults ages 21 and older and paving the way for an influx of marijuana dispensaries and marijuana lounges throughout New York State. While this is being promoted as an opportunity for new businesses, it’s important to recognize the potential risks and impact on our communities, families and youth.

Just the facts, know the risks! Legal does not equal safe.

Marijuana remains an addictive drug. Alcohol, nicotine (in the form of vaping) and marijuana are the top three drugs that most significantly place young people at risk. Marijuana is often the first drug teens try, but it is not the last! Data has shown that as the perception of risk of marijuana has declined, marijuana use has increased. Legalization has increased access and further decreased the perception of risk.

One of the primary issues of concern for youth and young adults is marijuana’s impact on cognitive abilities. 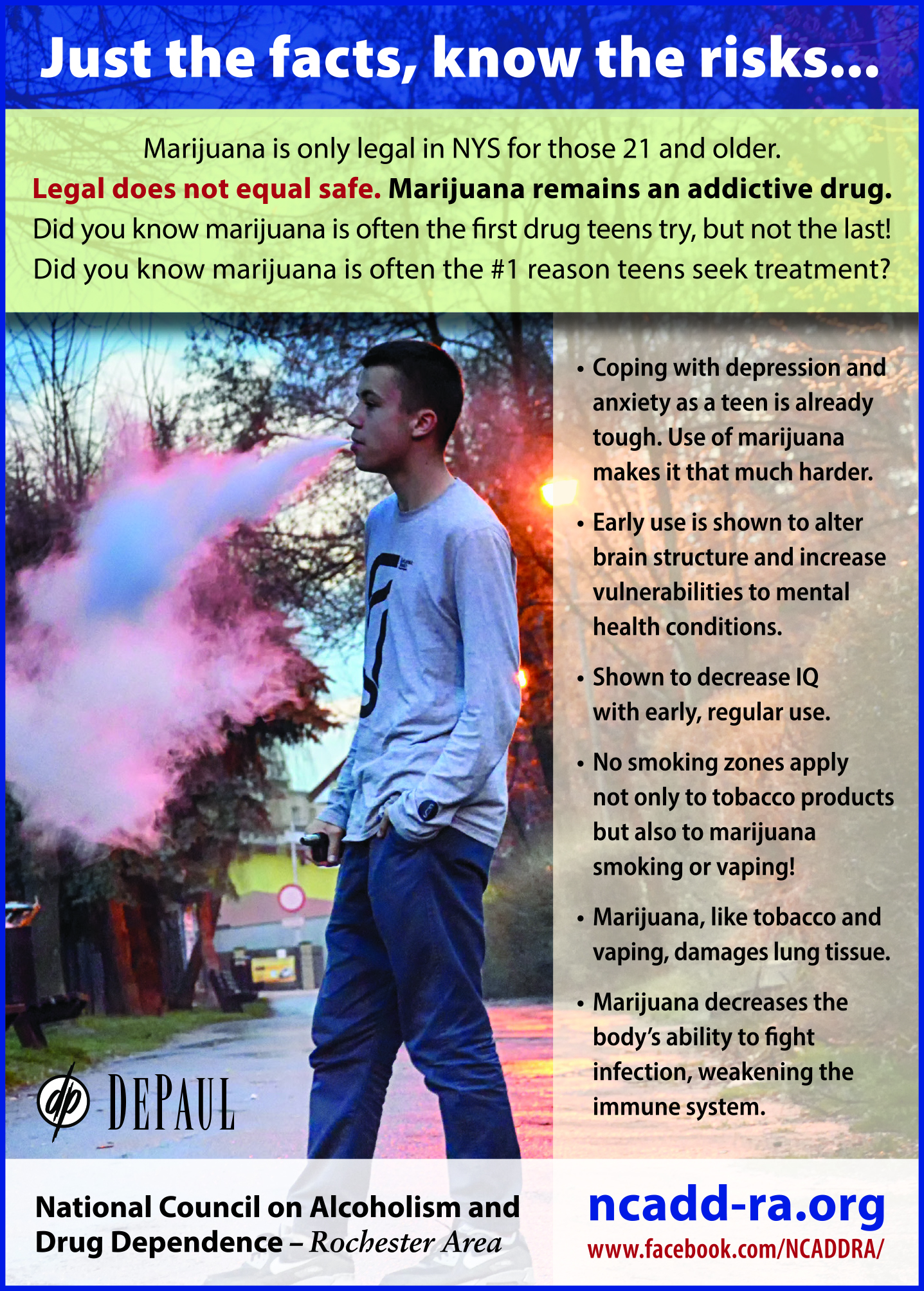 Despite legalization or medicalization, marijuana remains an addictive drug!

The Tetrahydrocannabinol (THC) potency in marijuana has increased over the last several decades from one to four percent in the 1960s to 20 percent currently in several states. With upwards of 75 to 80 percent THC in concentrates, edibles have become a particular concern. Increasing incidences of pediatric poisonings have been cited by the Upstate Poison Control Center due to children ingesting edible products. Available in a wide variety of forms, from candies and chips to ice cream and soda, edibles are packaged in such a way to make them not only tempting for children but often indistinguishable from actual food products.

The use of marijuana during pregnancy is an additional cause for concern. A growing number of women are being ill-advised to treat their morning sickness with marijuana. Marijuana use during pregnancy poses serious risks to the unborn child. 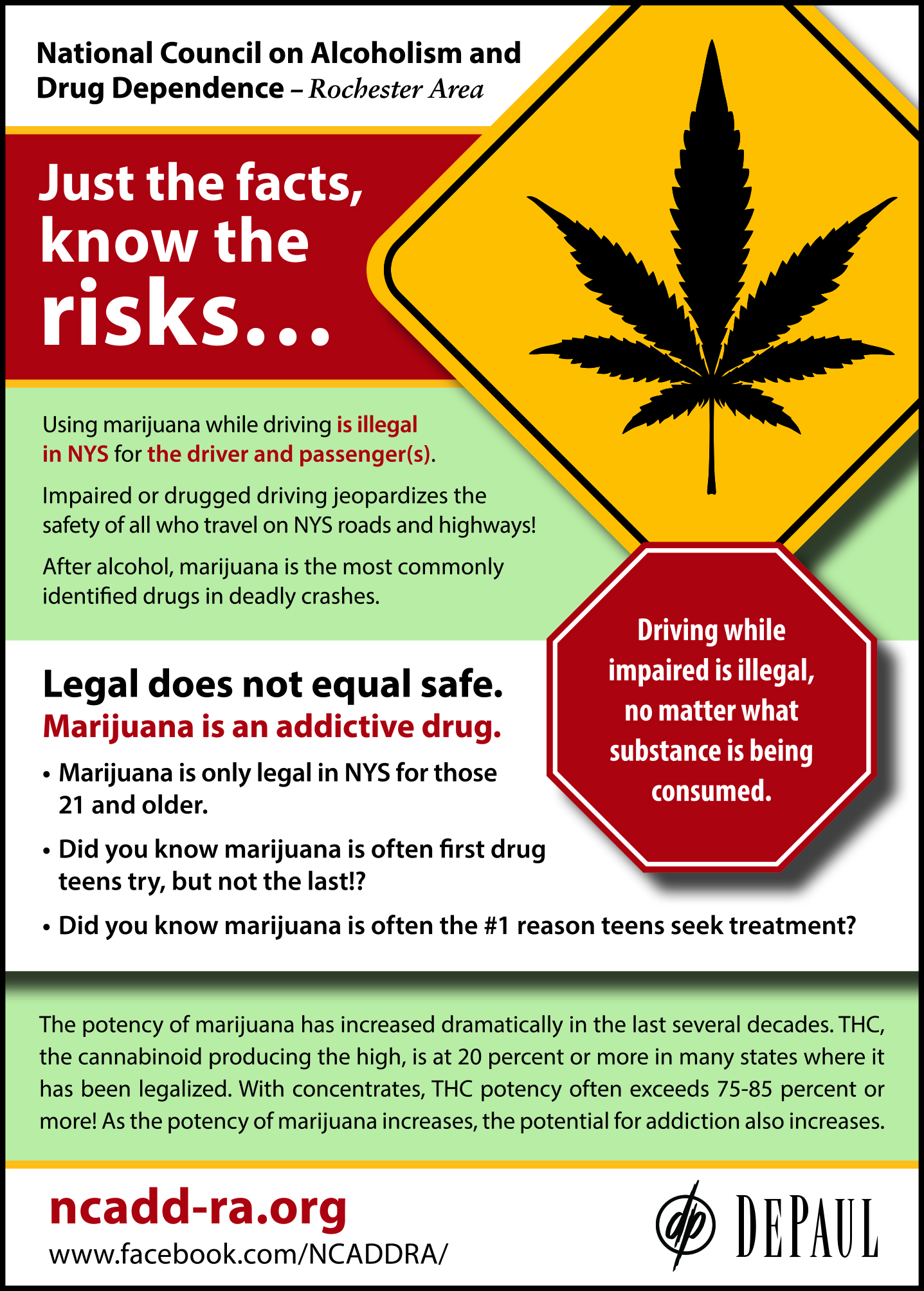 Another concern is the predictable increase in drugged driving rates, which have been noted in prior Monroe County STOP DWI Reports. Driving while impaired is illegal no matter what substance is being consumed. The NYS Cannabis Control Board has made it clear that driving while intoxicated from marijuana is illegal. It is also illegal for any passengers in the vehicle to be using cannabis. Impaired or drugged driving jeopardizes the safety of all who travel on NYS roads and highways.

For the full article and many other timely, informative articles from the NCADD-RA, check out the Spring 2022 newsletter.

For more information, a wide range of resources for parents and teachers, or to request a presentation on this and related topics, visit the NCADD-RA’s website, or contact Jennifer Faringer at jfaringer@ depaul.org or call (585) 719-3480. The NCADD-RA can also be found on Facebook.