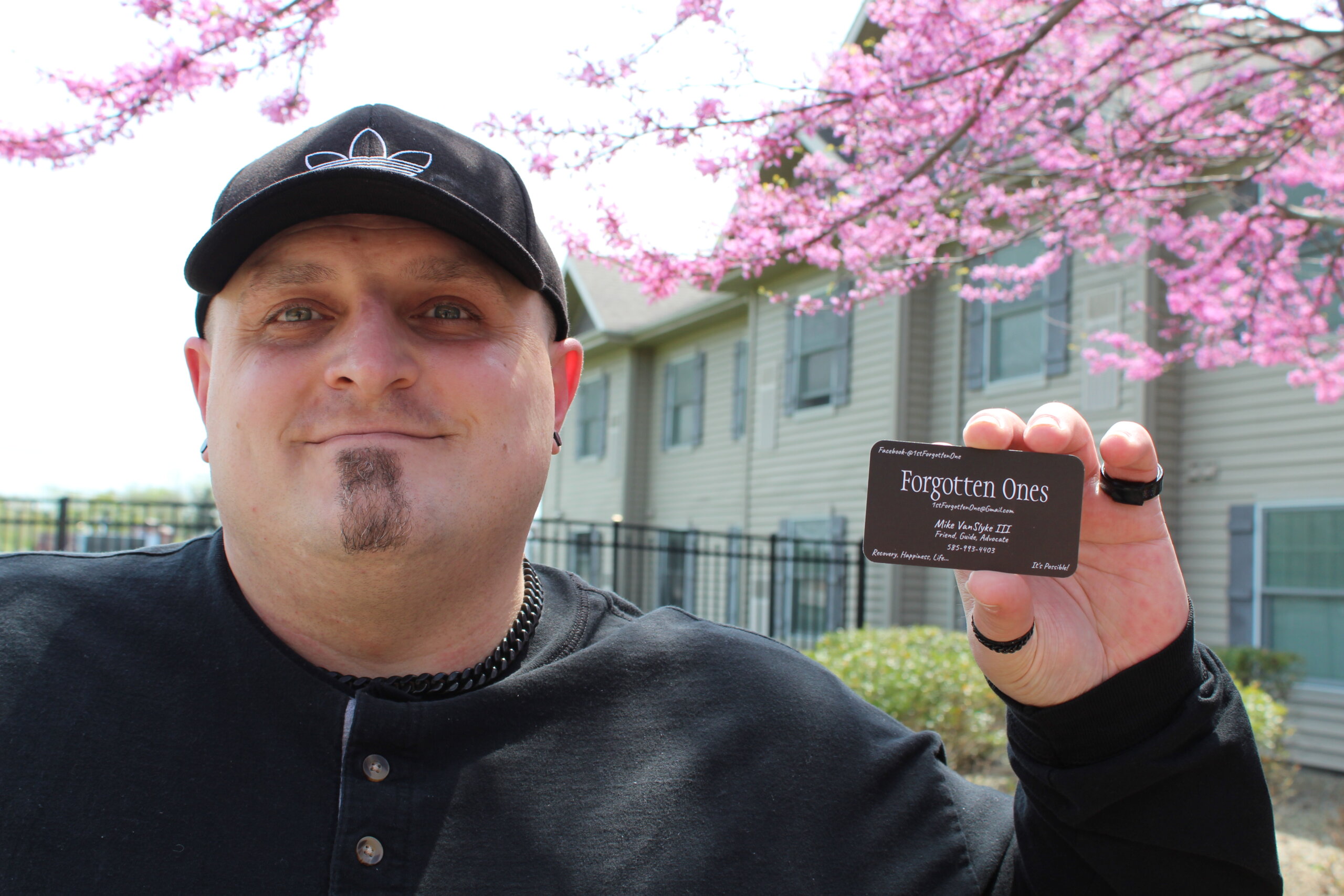 Mike VanSlyke has lived with active addiction from the time he was ten years old until less than a year ago at 39 years old.

Now 40, he’s been sober since moving into the Batavia Apartment Treatment Program last August. Mike said he’s been choosing to “do the next right thing.”

“I’ve been horrible at taking my own advice my whole life,” he said. “I think I’m smarter than my own advice. That’s where I’m at now. I finally decided to [take my own advice] instead of telling other people how to live.”

On April 7, 2022, Mike launched a peer-support network for those struggling with addiction, mental health, and/or coping with daily life called Forgotten Ones on Facebook, and now also on Instagram and Twitter. The Facebook page has 1,300 followers and growing!

Through Forgotten Ones, Mike is dedicating his time to being a ‘Friend, Guide, Advocate,’ as his contact card reads. He regularly posts positive, encouraging memes, shares his own story, and invites others to post their clean dates, doing his best to acknowledge milestones big and small.

“We’ll always be there when you need us,” reads the description on the Forgotten Ones Facebook page. “You matter!”

In addition, Mike has a phone number specifically for Forgotten Ones which people can call in crisis at any time of day. The hours on the Facebook page are listed as “always open.” He may have just made dinner, but if he gets a call, message or email from someone in need of support, dinner waits.

“That one second could save somebody’s life,” he said.

Mike reassures those who reach out to Forgotten Ones for support that everything remains confidential.

“I don’t ask them for anything except how old are you and what can I do to help you? For you to be happy, what does life have to look like? That’s where it starts. We go from there.”

There is only one requirement to those who call.

“You need to be willing to do things to get better,” he said. “I won’t spin my wheels. If you come to me and want help, I’ll help, but if you’re not willing, I can’t do anything.”

He envisions building a team of volunteers in the future to better be able to serve those who seek support. Mike feels that people who seek out his help can relate to him because of his own personal struggles with addiction and mental health.

“There are very few things in this world I haven’t done or I haven’t been through.”

Now Mike is rebuilding with the help, encouragement and motivation of friends, family and counselors like Lisa Glow, a Program Director at Horizon Health Services.

“When I think about the growth that he’s made over the past ten years, he’s finally at a place where he wants this for him, not because somebody else is telling him to get sober or stabilize his mental health,” said Lisa. “He’s finally taken everything he’s learned, even when he hasn’t wanted to hear it, and acted on it. He’s finally really doing the work.”

“They added stability and structure that he needed in order to get through the early part of his recovery,” she said of the staff at the Batavia Apartments.

After moving in last August, he spent the first few days soaking in the feeling of being home and feeling safe in his own apartment.

“I can be alone in my apartment all the time, but there’s always someone here,” he said. “I’m the type of guy, I don’t ask for a lot of help but if I know someone is in the office, I’ll find a reason to come out and talk.”

Residential Supervisor at DePaul’s Batavia Apartments, Brionna Majors said Mike’s passion and drive to have a positive impact on the lives of others and in the world has been an inspiration to not only his peers, but staff as well.

“Everyone’s journey in life is a unique one,” she said. “Life can take all of us through so many different twists and turns and can place unexpected obstacles in front of you. The direction that you choose to take with the cards you are dealt is where you learn the most valuable life lessons.”

Within a few weeks of moving into the Batavia Apartment Treatment Program, Mike was diagnosed with lymphedema, a condition caused by a blockage of the lymphatic system which causes swelling in both of his legs. He finds it ironic that now that he has the motivation, drive and purpose to change his life around, he’s got physical limitations preventing him from moving forward.

“I might not be alright from the waist down, but from the neck up, I’m the best I’ve ever been,” he said. “That says a lot. Everything happens for a reason,” he said.

Instead of getting mad about something he cannot change, he decided to take a friend’s advice and turn a negative into a positive. That same friend is the one who sent him a computer, which allowed him to start Forgotten Ones.

“It’s all motivation, everything, the good, the bad,” he said. “I feel like the people who are in my life have deserved better from me …I’ve never given them what they deserve.”

And the next right move for Mike is to make it all count for something.

Connecting with Forgotten Ones 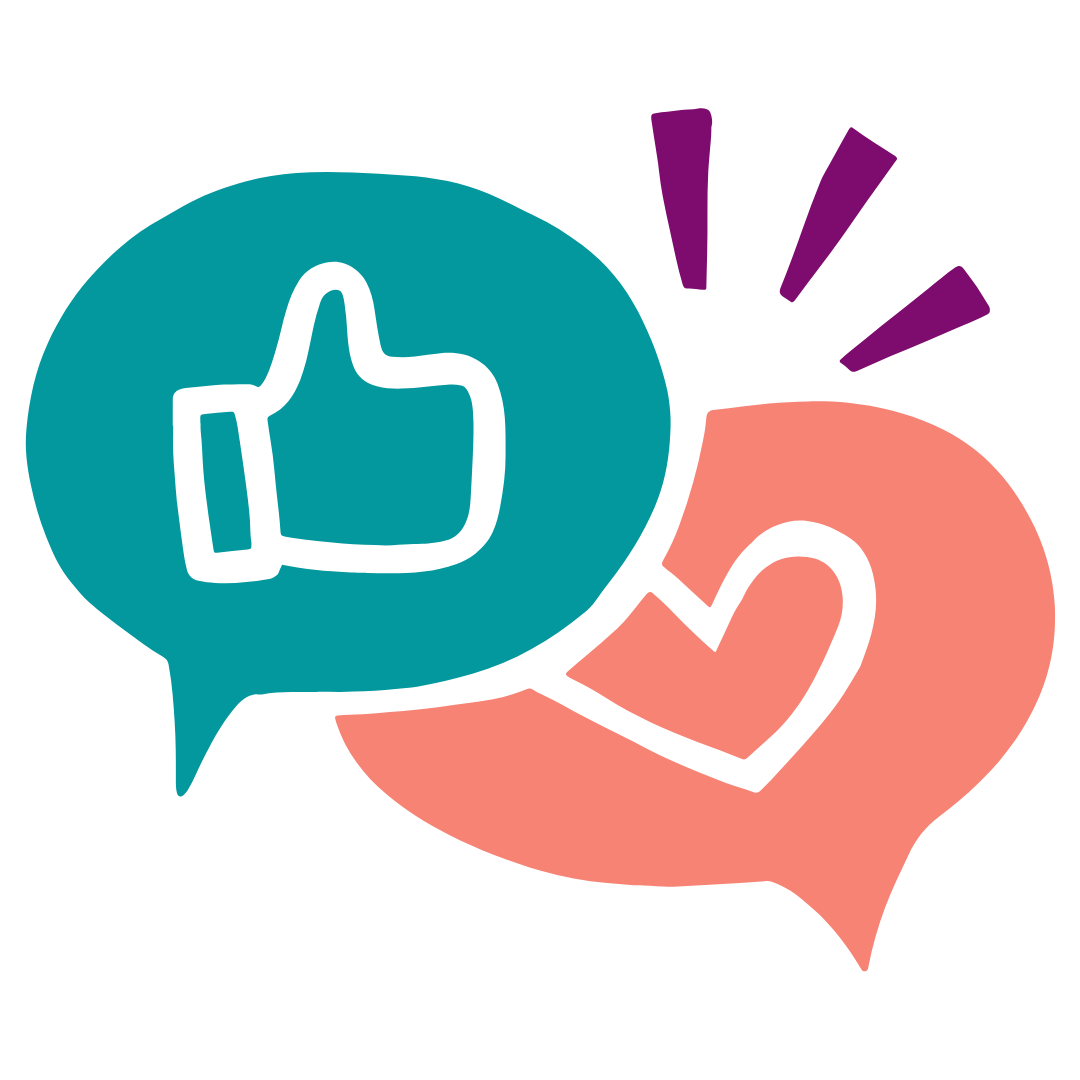 3 comments on “Mike’s Story: Doing the Next Right Thing”