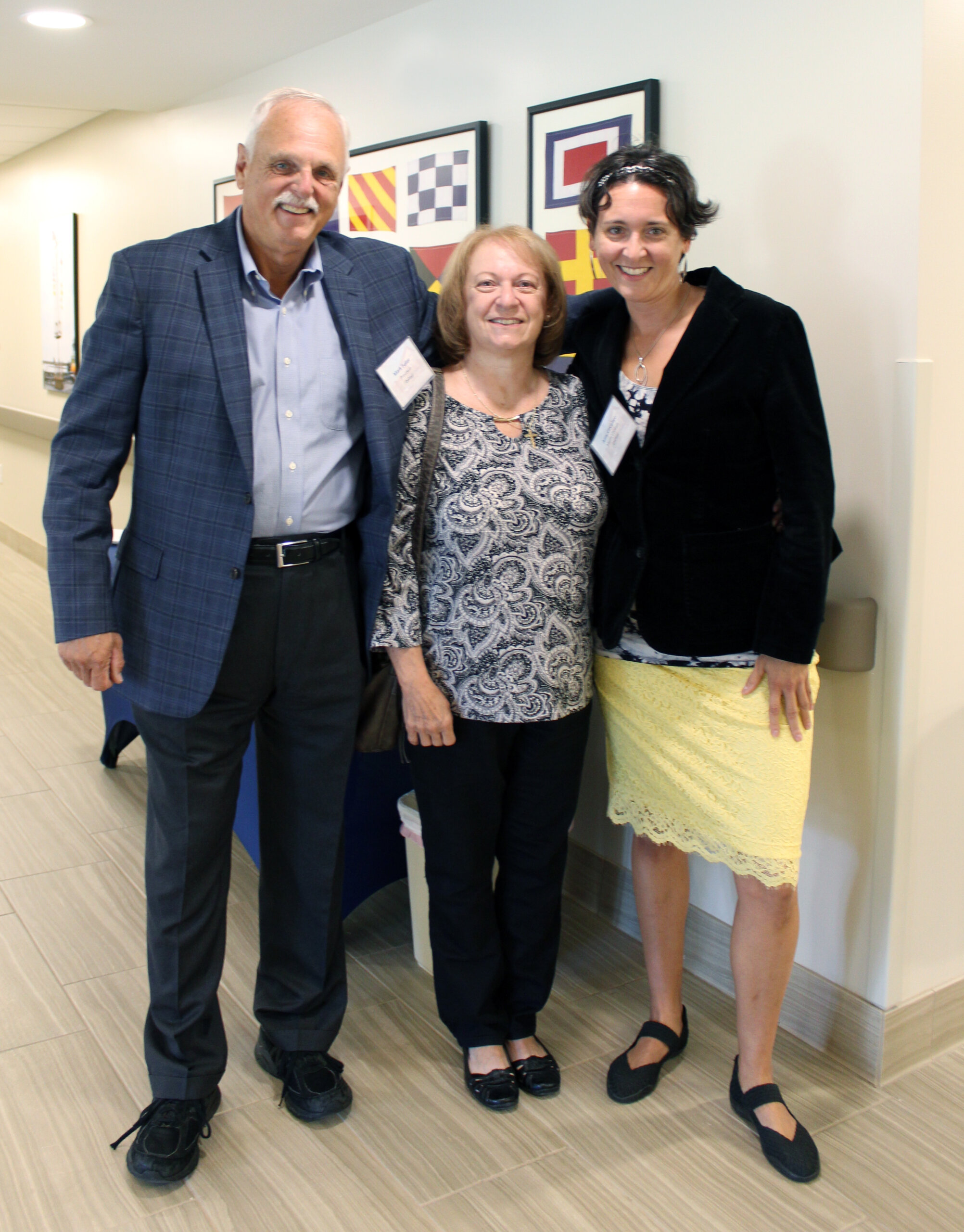 The grand opening of DePaul’s Lock 7 Apartments symbolizes so much for its future inhabitants – secure, stable housing, renewal, and hope for a brighter future. For many residents of Oswego, a city situated on the Oswego River and Lake Ontario, it also symbolizes a rebirth.

From the early 1830s to 1981, the two-acre site overlooking Lock 7 on the Oswego Canal was home to a number of manufacturing operations, including the Breneman Company, a fabric and window shade factory. According to Oswego Illustrated 1890, at the height of its operations, the factory’s two mills produced 75 percent of the country’s shade cloth.

Growing up in Oswego, I vividly recall riding in the backseat of my parents’ car on the Utica Street Bridge taking a right hand turn onto East First Street and passing by the old, crumbling ruins of the former factory, remnants of Oswego’s bygone industrial manufacturing heyday.  Phill Parkhurst of New Haven went to work in the factory at the age of 17 in January 1967 and stayed until 1977.

“They called me ‘Breneman’s Baby’ because I was the youngest person working there,” he said. “I worked just about every job in the place over the ten years I was there.”

Phill recalls some of the factories that were situated on the Oswego River back then, including a steel plant and a chocolate factory. 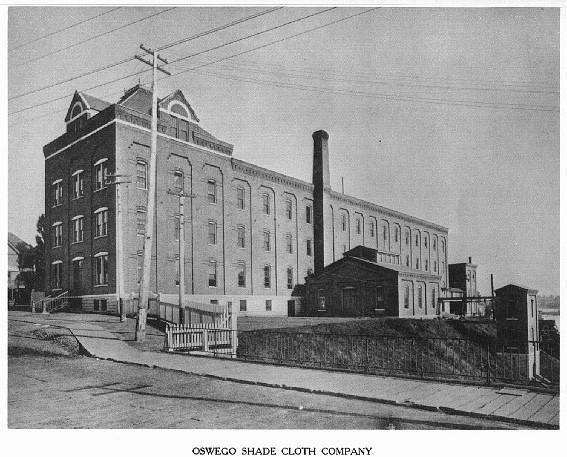 “We worked on the fourth floor at Breneman’s,” he said. “The smell of chocolate would waft in the windows. It smelled like being in heaven.”

The Breneman factory consisted of two mills – the bleachery down by the river and the upper mill, with a bridge connecting the two. High-quality textiles were shipped in from across the country for use in blinds and shades, and for fulfilling contracts with the military, Fort Dix in New Jersey and Fort Drum in New York, Phill recalls.

“I would bring home the ends of the textiles and my mother, who worked at a sewing factory, loved using them to make sheets for the beds.”

As competition from overseas picked up, business slowed. At some point, a fire damaged the south end of the building and eventually the factory was abandoned, sitting vacant for years before finally being demolished.

Various attempts to redevelop the site over the years were impeded by the remnants of pollution left behind from the manufacturing days. In 2013, a portion of the site was remediated through New York State’s Brownfield Cleanup Program, and the remainder of the site has been cleaned-up as part of DePaul’s development of the Lock 7 Apartments.

While it’s hard to let go of the past, Phill said, he’s been watching with great interest as new life returns to the former Breneman site with the construction of the apartments.

“I long for the world I grew up in, but we’ve got people everywhere and they need places to live,” he said.

Oswego native and resident Teresa Oleyourryk worked at the Breneman factory from 1966 to 1974 as a switchboard operator/receptionist.

“At one time, it employed so many people,” she said. “It was a great place to work.”

Watching the site come back to life has brought back memories for her and others.

“You can’t help but think of it every time you go by now,” said Teresa. “A lot of people have commented that it looks like the Breneman factory. It takes you back.”

Attending the grand opening of the Lock 7 Apartments as an Oswego native and DePaul employee brings me full circle. As I passed through the hallways adorned with Janet Cruz’s beautiful photography highlighting local landmarks, historic monuments, and tourist attractions, and stepped out onto the deck overlooking the Oswego River, I welled with pride to be part of an agency that is bringing quality, affordable, supportive housing, new life and hope to my hometown. 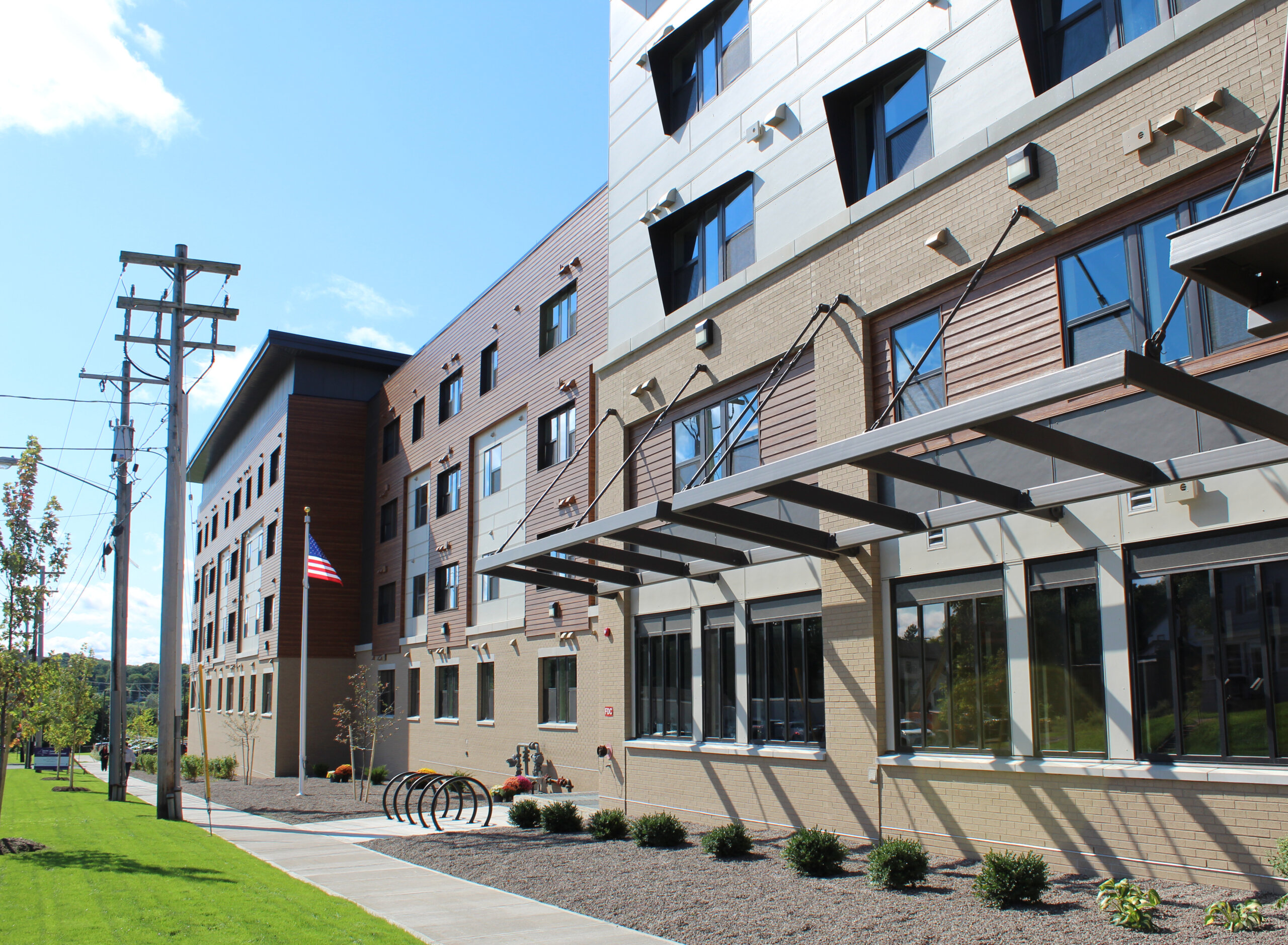 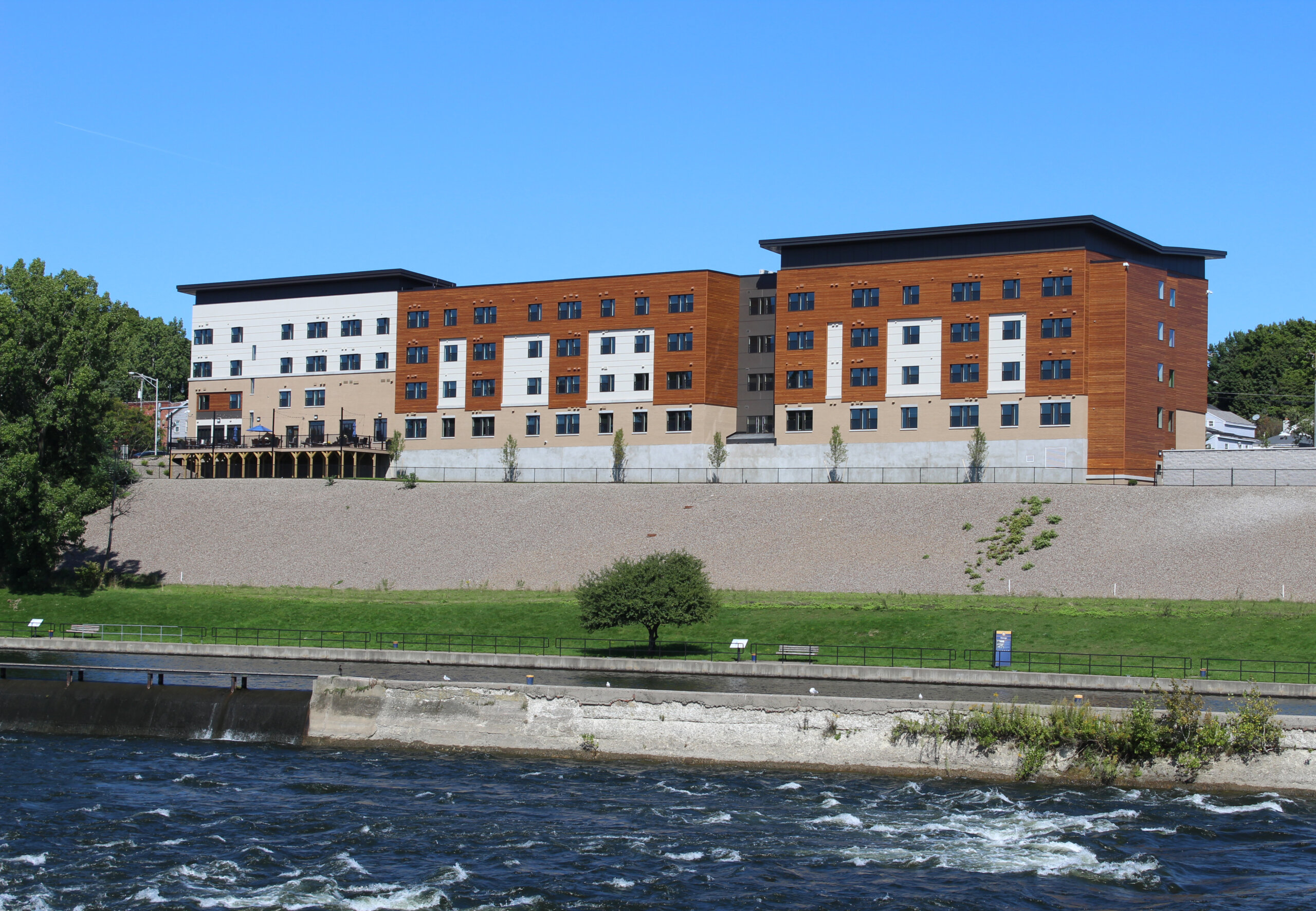 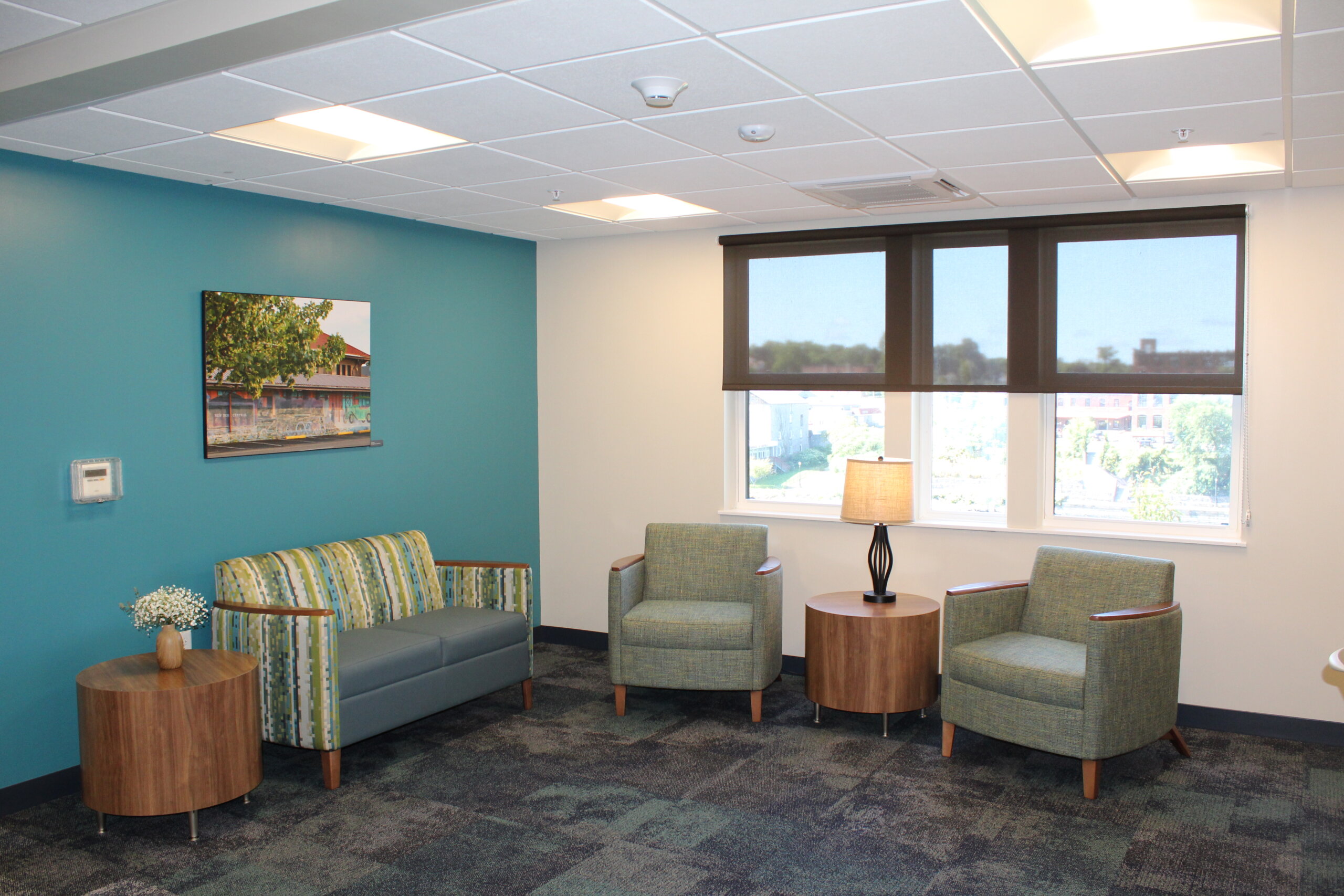 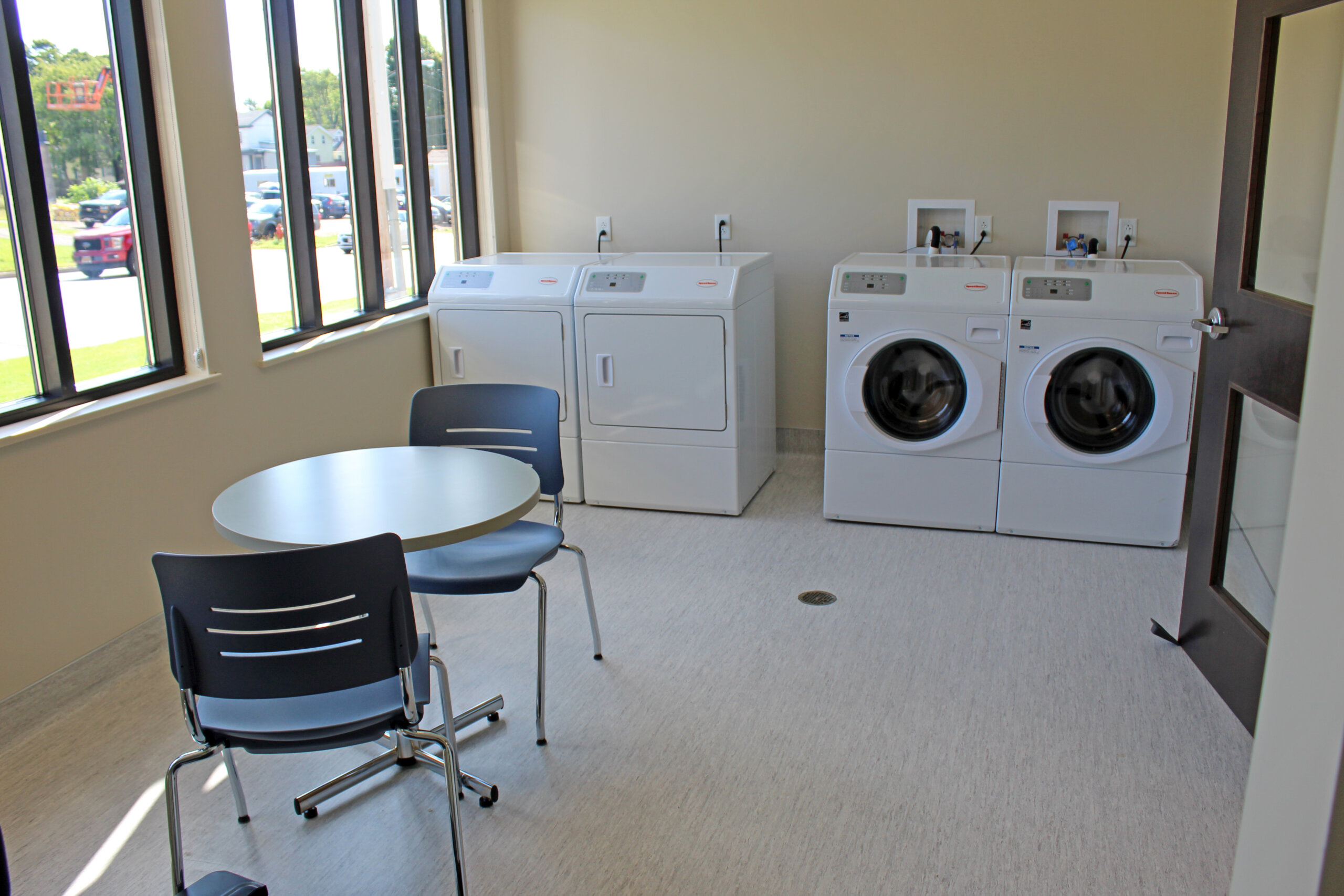 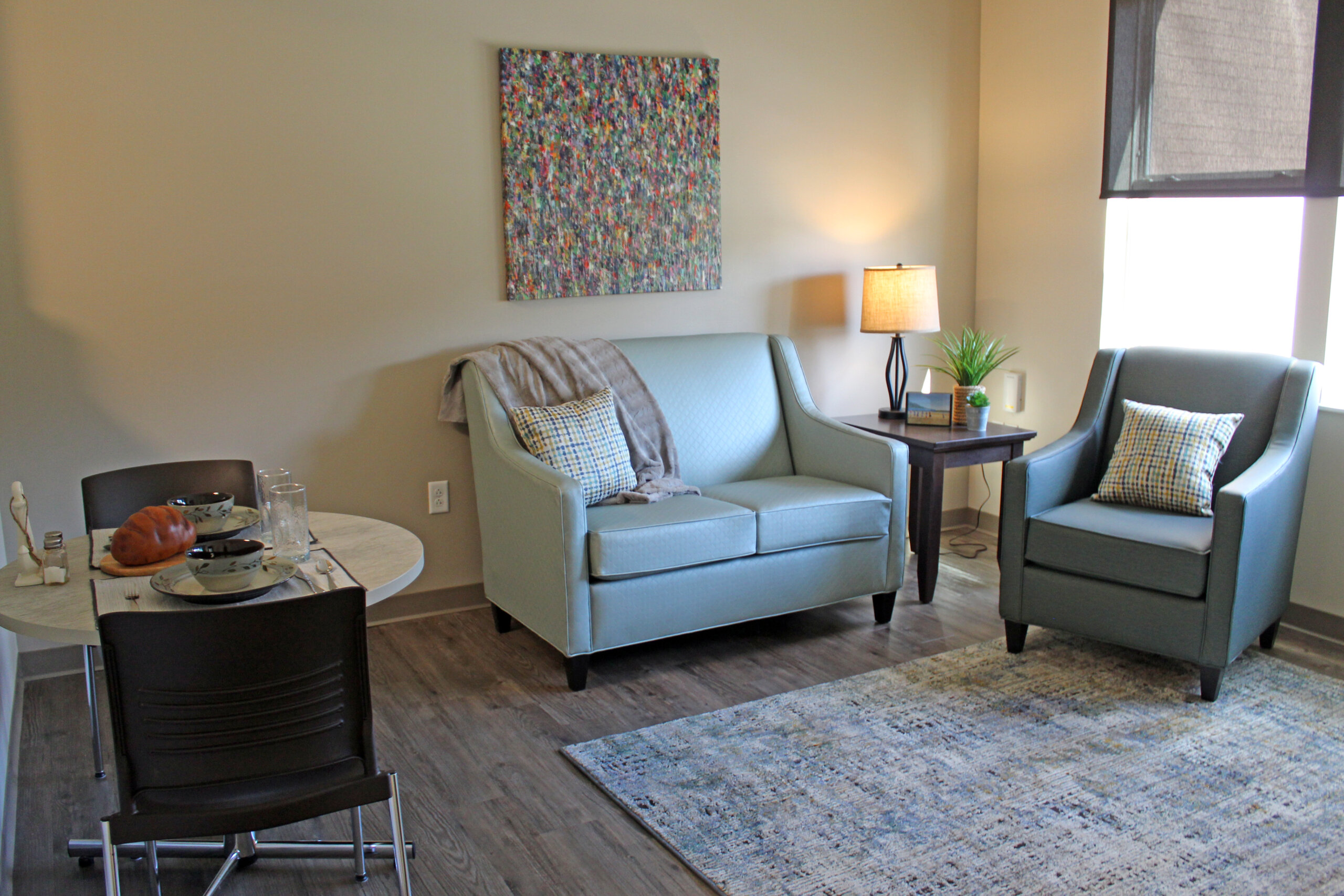 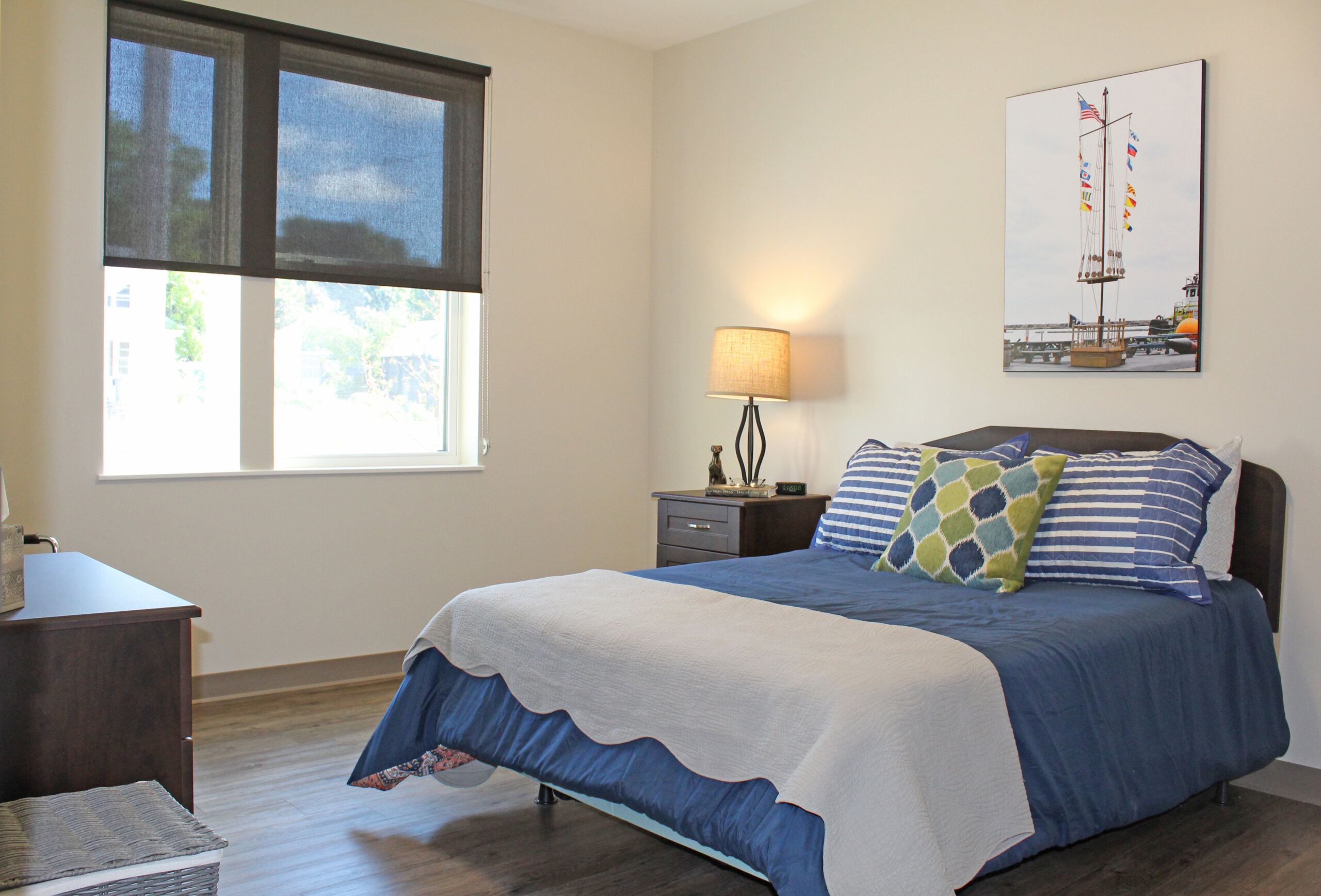 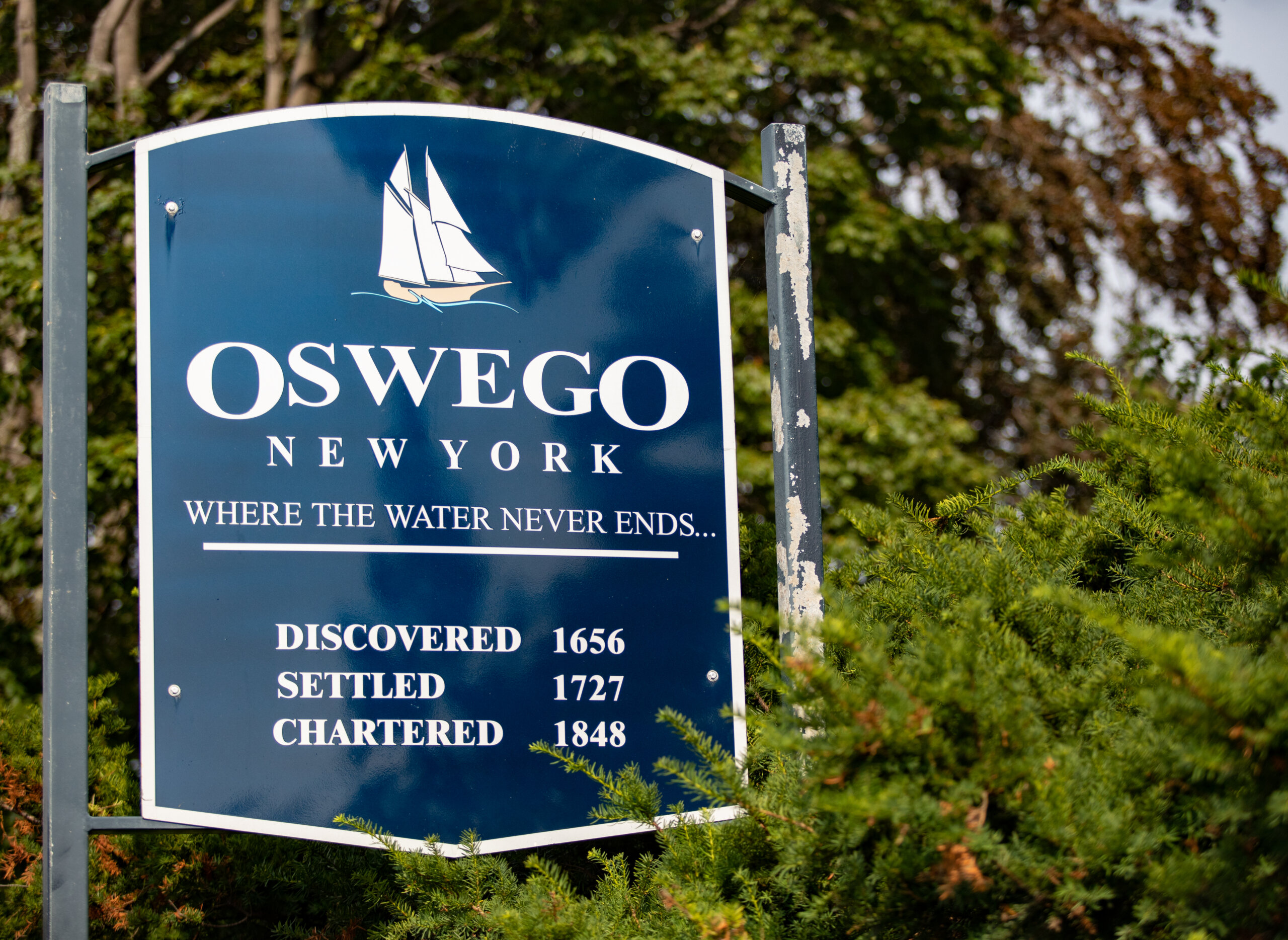 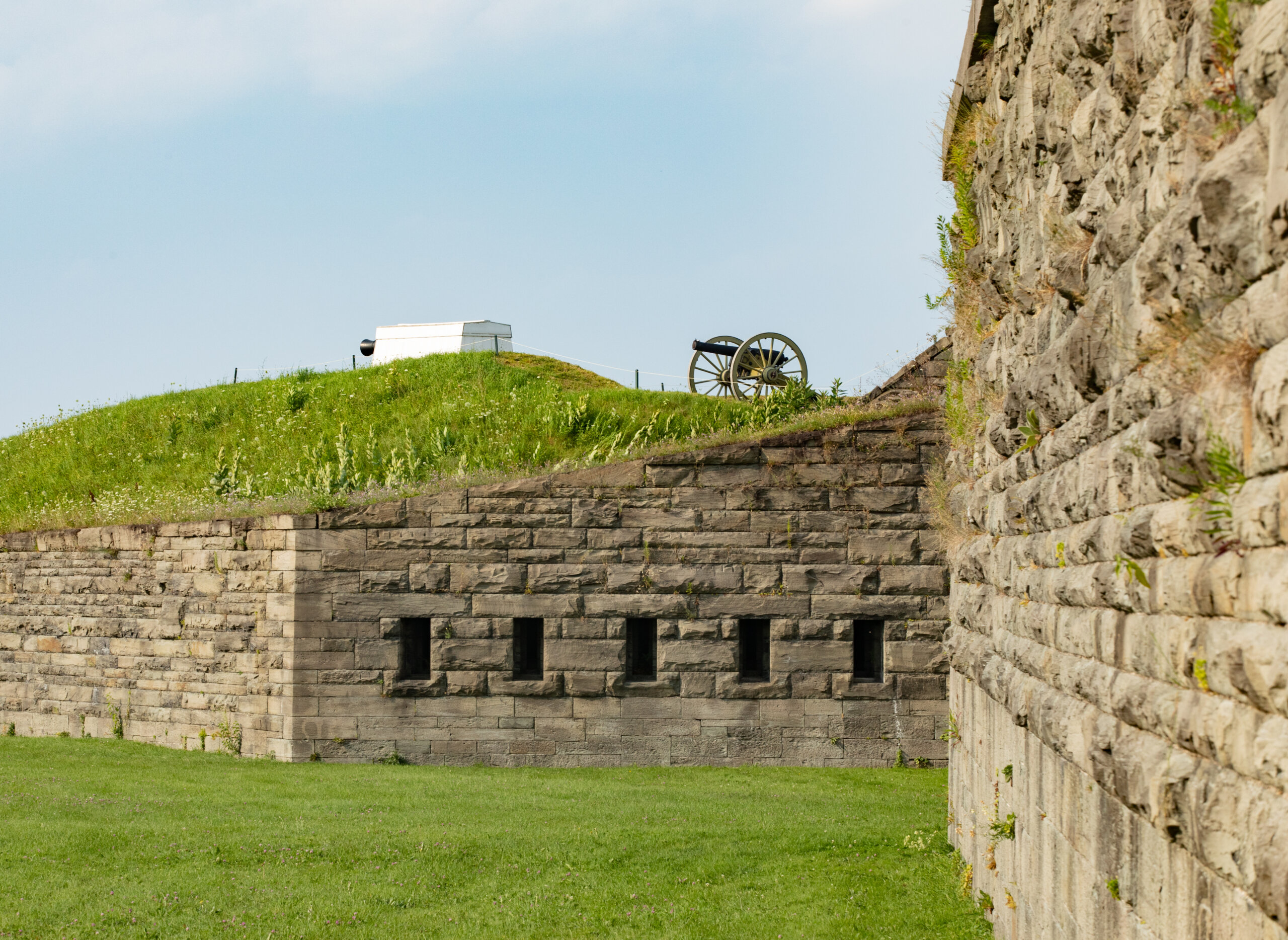 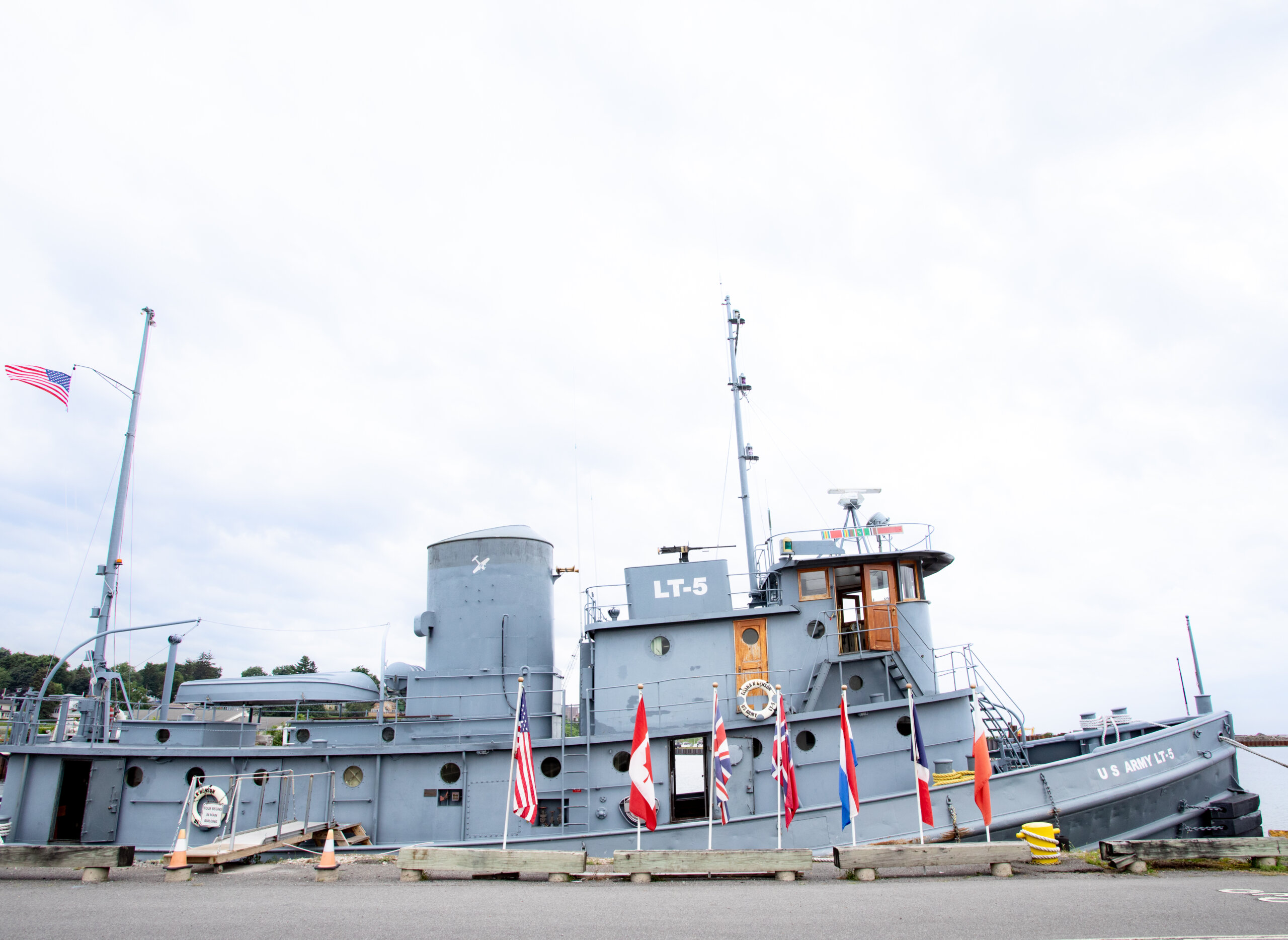 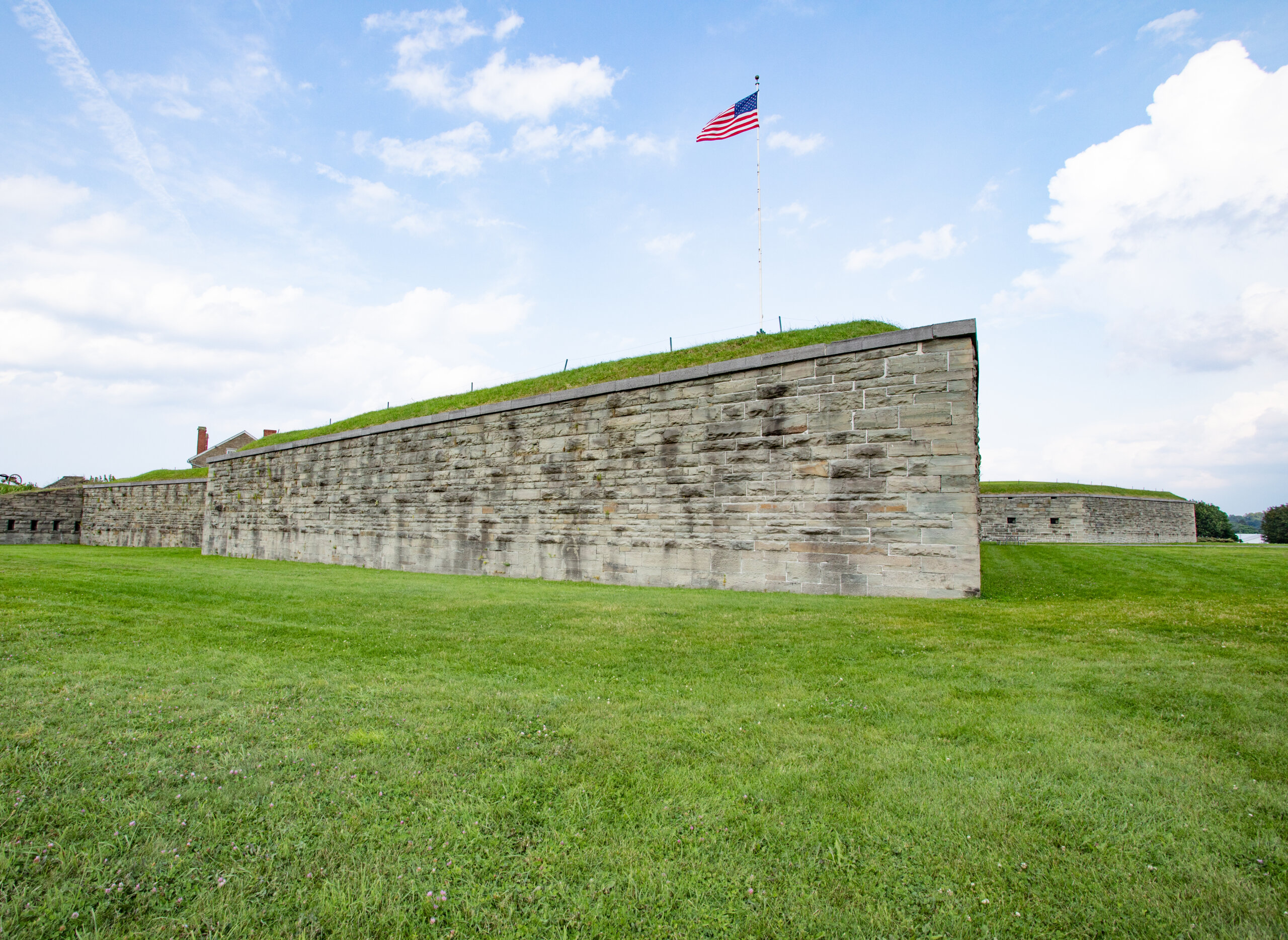 4 comments on “Coming Full Circle at the Lock 7 Apartments”