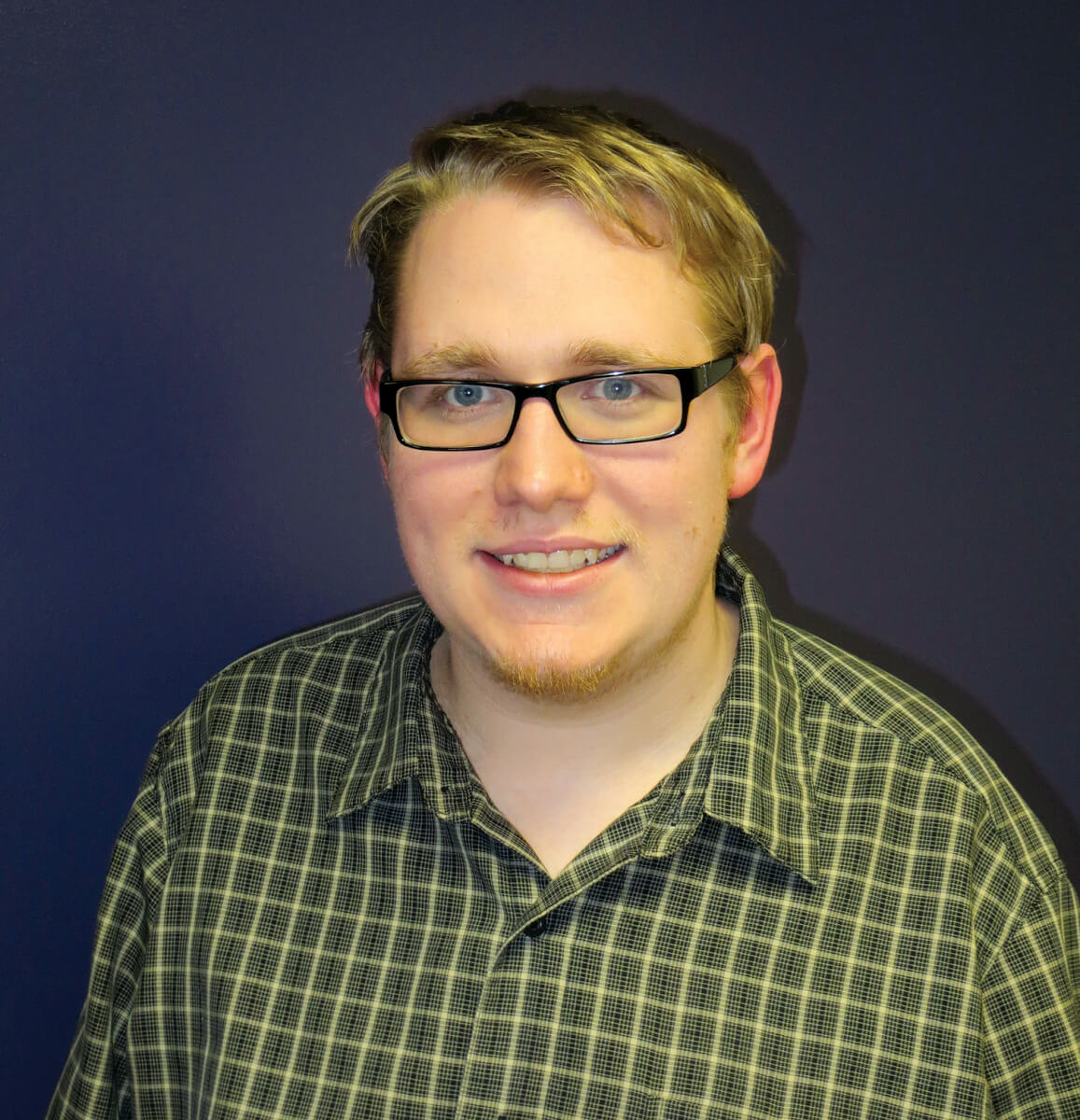 With a poignantly genuine quality to his words and mannerisms, Joshua Randolph, 26, describes his patient and successful hurdling of challenges that accompany his diagnosis of high-functioning autism and retaining employment.

A client of DePaul WorkGuide since May of 2015, Joshua grew up in the quaint town of Avon, New York with his parents and sister. An excellent student, he graduated with a 3.74 GPA from the State University of New York at Brockport with a Bachelor of Science degree after majoring in chemistry and mathematics. Finding a job was challenging as positions in his chosen field of chemistry proved limiting.

While pursuing taking his GREs in preparation for graduate school, Joshua connected with Adult Career and Continuing Education Services – Vocational Rehabilitation (ACCES-VR) where he was linked with DePaul WorkGuide’s Transitional Employment Program whose counselors assisted him with goal assessment, resume development and interviewing skills. Joshua’s interest in coding and computer science became evident and WorkGuide coordinated an internship with the University of Rochester Medical Center where he coded a program allowing users to run univariate statistics on data within a clinical database that is used for research. He also completed a PowerPoint presentation for faculty as a final project. It was a pivotal experience.

Joshua is now part of WorkGuide’s Supported Employment Program and pursuing a career in computer programming or web design having learned to code in a variety of languages including Java, HTML, PHC, CSS, SQL and Python.

“Joshua has an extensive education and truly enjoys coding,” said DePaul WorkGuide Vocational Counselor Cathy Gillow. “He finds coding a way to communicate without words which can sometimes be challenging. Joshua is extremely motivated and his long-term goal is to be successful either by pursuing a career in computer programming or perhaps teaching. He is truly his own motivator and treats autism not as a disability but rather as a challenge he will conquer.”

An avid reader, his favorite being “The Foundation” series by Isaac Asimov, Joshua is also a fan of heavy metal and blues rock music. He epitomizes perseverance and commitment and has not allowed his diagnosis to deter him from focusing on the future.

“I hope to be more independent and live outside of my parents’ house, hopefully have a career and family, and live a normal life. I think the autism is a hindrance but it doesn’t mean it ends that possibility,” he said.