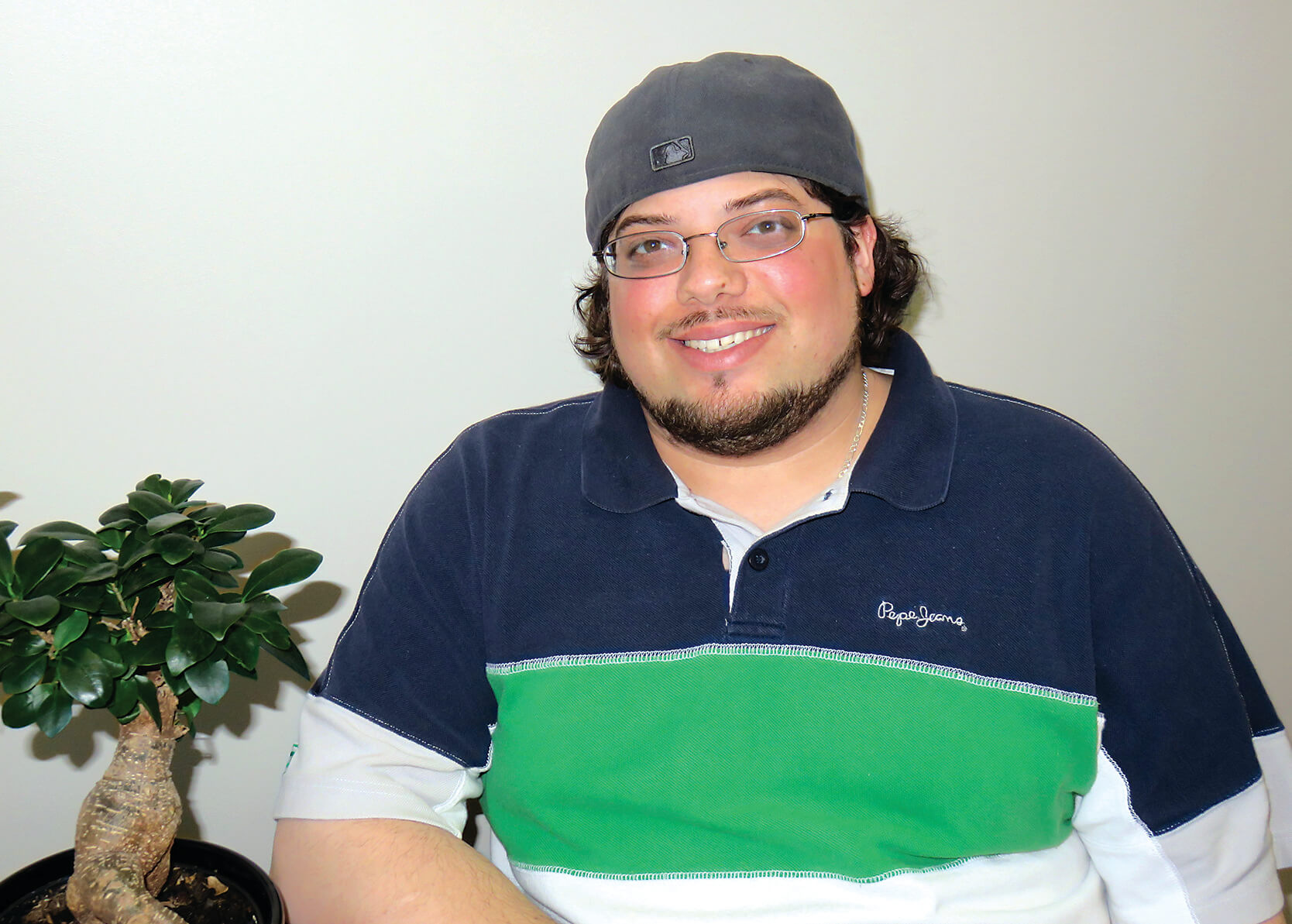 His easy smile, honest face and “chillax” affable manner belie the roller coaster of symptoms Eric Z. experienced after being diagnosed with a mental illness nine years ago.

Eric, 27, has lived in Rochester, New York most of his life save for a few years he spent in South Carolina with his dad. The self-described “mama’s boy” is the oldest of four brothers. He graduated from Edison Tech with a Regent’s diploma and a concentration in carpentry. Eric attended Monroe Community College for one year but his plans to earn a degree derailed when he began having severe sleep disturbances and a confused train of thought. Those episodes led to his eventual hospitalization, the first of seven that often occurred when he went off his medications. Eric managed to hold a number of jobs while he coped with his diagnosis, including employment in retail, restaurant and video store settings.

Eric came to DePaul early in 2013 after a hospitalization when his family recognized he needed a program with more supportive services. At the Elmgrove Community Residence, Eric found an environment that helped him achieve sobriety while fostering a greater sense of community. He lived there until December of 2014 when he became one of the first residents of the DePaul Carriage Factory Treatment Apartment Program.

“I was kind of skeptical at first,” he said. “I felt comfortable at Elmgrove but I knew it was not a permanent spot for me and I needed to think about a more independent setting. When I walked in I was like ‘WOW!’ The modern, industrial look, excellent staff, and a beautiful apartment was everything I needed. When my mom saw it, she said, ‘Eric this is perfect for you.’ My family is very supportive of me.”

The Carriage Factory represents a big step toward independence for Eric. His place is immaculate. He’s made new friends, and takes advantage of scheduled trips to stores and supportive activities like cooking classes, his specialties being homemade pizza and chicken parmesan. He’s looking forward to rediscovering his past interest in painting and poetry, using his green thumb to grow some fresh herbs and vegetables, and continuing to collect sports memorabilia; the Yankees are his favorite team.

“I have a motto,” he said. “Things get better in time. You might stumble but you’re still going up.”

A movie buff, Eric’s future goals include exploring vocational opportunities, learning to play the guitar, getting more exercise and obtaining a driver’s license.

“The nice thing about DePaul is that they keep you involved doing things you might not have thought about trying,” he said.

“DePaul is a great organization. They are there to help you be more, guide you and stay healthy. DePaul is always looking out for our best interests and I’m so grateful to be here.”