September 23, 2020 (North Tonawanda, NY) ─ Esther Loucks, a North Tonawanda native, recently celebrated her 100th birthday with friends and family at Wheatfield Commons, a DePaul Senior Living Community in North Tonawanda. Loucks has deep roots in the area and has enjoyed 100 years of giving back to her church, traveling the world, and staying active! 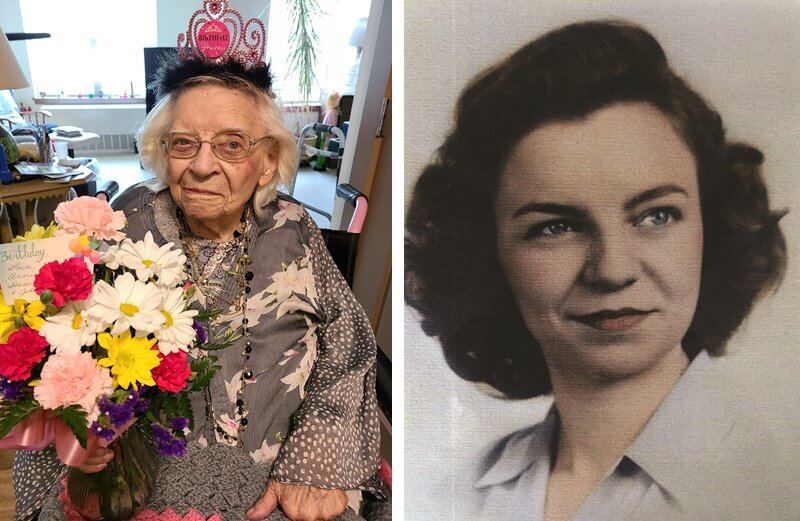 Born in North Tonawanda, Esther and her five siblings grew up at a home on Wheatfield Street playing many sidewalk games and kickball and football in the open field next to their home, riding bicycles and listening to the radio in the evenings. When she was 16, Esther’s family moved to a large home on Ward Road where her father began farming and raising chickens in addition to working for the Steam Company. Esther and her family have always been very active in St. Matthew Lutheran Church and it is still an important part of her life today. 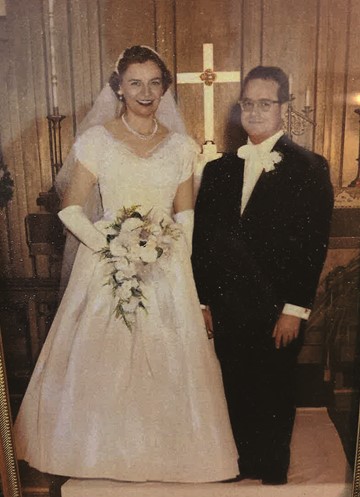 After graduating from North Tonawanda High School, Esther went on to work for the Rudolph Wurlitzer Company for 14 years. Esther married Harvey Loucks in February 1955 at St. Matthew Lutheran Church. The couple purchased a home on Forbes Street in 1956, where Esther lived all of her married life and much of her widowed life. Harvey and Esther had two daughters, Jan Margaret and Amy Ruth, and Esther remained a homemaker until the girls were in high school.

When the girls were older, Esther went back to night school where she received her certification as an Electronics Technician. She was the only woman in her class. She later worked at Moog Music in East Aurora for nine years until her retirement.

When St. Matthew’s moved to the Eggert Road location, Esther was deeply involved in the kitchen design of the new church. Known throughout her life for being an excellent cook and baker, Esther worked in the kitchen preparing and serving food at nearly every banquet that was held at both the old and new churches.

Esther’s love of sports is legendary. She was a member of the Ladies Guild and bowled on the Morning Glories bowling league at Parkside Lanes and went on to become a championship bowler, traveling to tournaments with her team, as well as an avid golfer later in life. She’s never missed a Super Bowl as football is her favorite sport to watch!

Harvey and Esther loved to camp, first with their daughters in a Nimrod pop-up camper and later graduating to RVs. The family camped almost every weekend, and upon retirement, they traveled in a Winnebago RV, towing a small car, traveling across the country visiting many National Parks and making lifelong friends as members of several RV clubs along the way. They also traveled with tour groups to places like Alaska, Nova Scotia, Switzerland and Norway.

Harvey passed away in 2011. Esther joined the Lutheran Women’s Missionary League in her early 90s and learned how to quilt. She is a master at knitting and crafted countless items each year for her family and the church bazaar, for which she co-chaired the knitting booth for years. In 2018, Esther sold her home on Forbes Street to her grandson and moved to Wheatfield Commons.

For more information about Wheatfield Commons, please contact Administrator Kathy Hyland-Dion at (716) 475-7600, at khyland@depaul.org or visit us on Facebook.